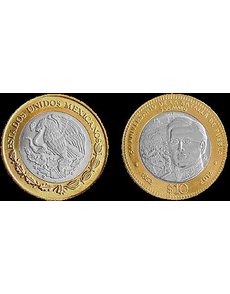 Mexico is circulating a 10-peso coin honoring the 150th anniversary of the Battle of Puebla.