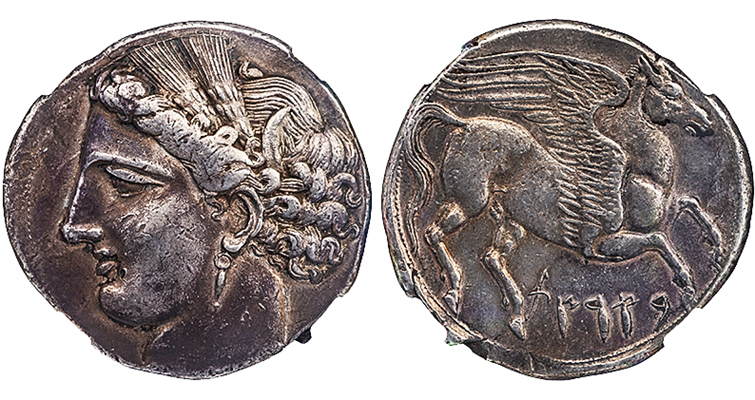 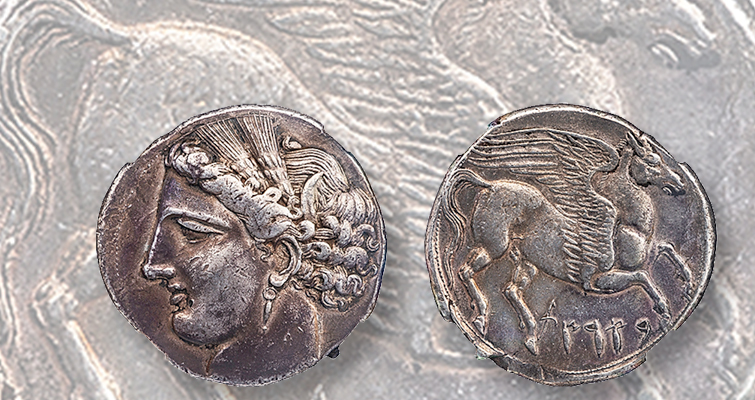 Few ancient Greek coins are as impressive as this large dekadrachm struck in Sicily during the First Punic War that CNG sold for $66,000 May 29.

Silver dekadrachms are among the most impressive silver coins in the ancient Greek world. Classical Numismatic Group LLC offered one measuring 40 millimeters in diameter and weighing nearly 38 grams minted in Sicily during the First Punic War, 264 to 241 B.C., that realized $66,000 on May 29. The obverse depicts the head of Tanit, her profile facing left, wearing a single pendant earring. The reverse shows a muscular Pegasos flying right.

It was graded by NGC Ancients as Extremely Fine with a Numismatic Guaranty Corp. star, and 5/5 and 4/5 for Strike and Surface, respectively. CNG added that it is fine style, well-centered with full legends visible at the peripheries. It was illustrated on the front cover of Harmer Rooke Galleries’ Jan. 19, 1978, auction and has been published in at least four sales since then.

These coins remain a bit mysterious, with CNG writing, “Find spots for these coins have been exclusively Sicilian, and they were presumably struck for military purposes. Although horses had always been popular on Carthaginian and Siculo-Punic issues, the depiction of the winged Pegasos represented a departure from tradition.” Citing the similarities with Corinthian coinage in the use of Pegasos and the obverse design’s close affinities with Syracusan coins, the Carthaginian stronghold of Panormos on the north coast of western Sicily has been suggested as the mint for this impressive series. 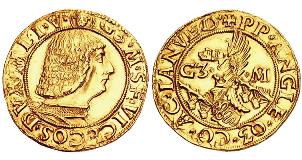 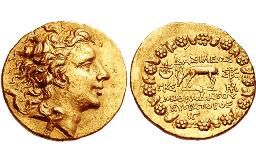 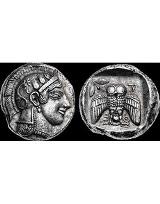