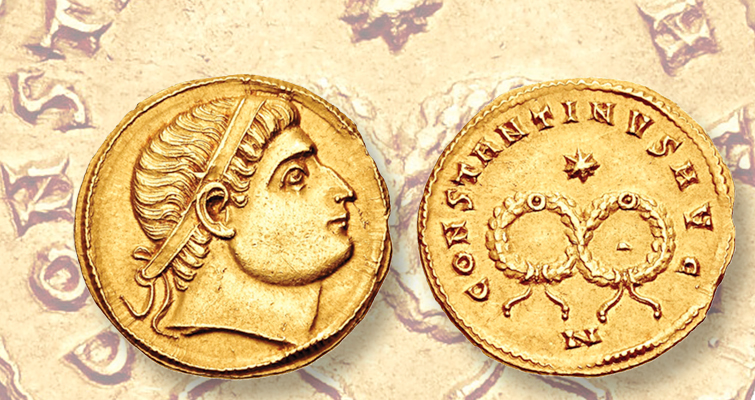 Roman Emperor Constantine I is shown looking slightly upward, as if in the attitude of prayer, on this gold solidus struck in 326 A.D. that brought $27,500 at CNG’s Auction 115.

Imperial Roman gold coins are impressive and remain popular with collectors, as seen in three that recently sold at Classical Numismatic Group’s Sept. 16 to 17 Feature Auction 115.

Constantine I, A.D. 307/310 to 337, is familiar to collectors for his extensive bronze coins that are among the most common of the Roman empire. CNG offered a gold solidus struck 326 A.D., with a spare, expressive portrait of Constantine, head right, wearing a plain diadem, with his eyes looking heavenward.

The cataloger notes, “For the Christians within the Roman Empire, who had suffered under a series of persecutions during the early fourth century AD, this new image could be interpreted as the culmination of God’s plan to defeat the pagans and create a new Christian Roman Empire.” The writer added, “Given that Constantine ruled over both Christian and non-Christian populations — neither of which he wished to alienate — his new portrait on these coins could appeal to the viewpoints of both.”

It features a provenance that goes back to a 1968 auction. The well-documented rarity was graded Extremely Fine by the auctioneer, who noted a few faint scratches and marks. It realized $27,500, well beyond its estimate of $15,000. 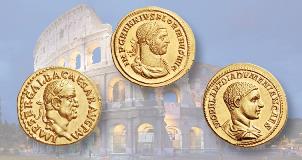 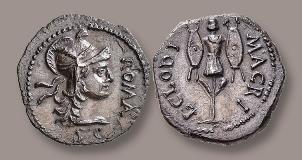 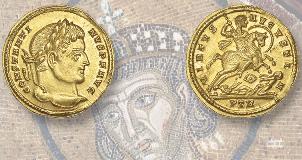