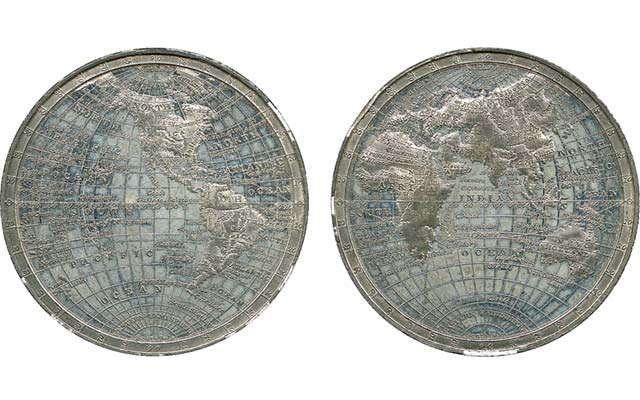 A white metal medal issued circa 1820 acts as a map of the world on both sides, identifying elements like “New Holland,” what is now known as Australia. 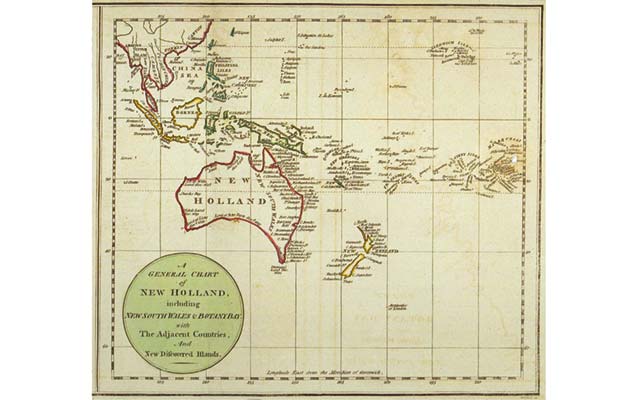 A closer view of “New Holland,” as Australia was once known, appears on this November 1786 map.

With the advent of digital technology like GPS and smartphones, maps may be more ubiquitous than ever, even if lacking physical substance.

But in more durable formats, besides being printed on paper or other materials, maps can take other forms.

Look no further than a medal being offered in A.H. Baldwin & Sons, Ltd.’s May 5 auction in London.

The white metal medal is believed to have been issued circa 1820, late during the reign of England’s King George IV.

It shows a map of the Eastern Hemisphere, with continents of Africa, Asia, Europe, and New Holland on the obverse, and North America and various islands representing the Western Hemisphere on the reverse.

Where is ‘New Holland’?

Today you won’t find New Holland on a map, even if you look Down Under — New Holland was the name given to mainland Australia by Abel Tasman in 1644, a Dutch explorer.

The name came to be applied to whole “Southern Land” or Terra Australis, until British settlement began in 1788 in the region Britain called New South Wales, located not far from modern-day Sydney. The western part continued to be known as New Holland.

“New Holland” also continued in popular use as the name for the whole continent until at least the mid-1850s, so its appearance on a circa 1820 medal could be expected.

The larger size of this medal allows the detailed cartography to be on full display.

Eimer suggests that the medal may have been struck by Edward Thomason and issued by a firm or person named T. Halladay.

The auction house calls the medal “very rare.” The firm notes “only a few signs of porosity” and grades the piece Extremely Fine.