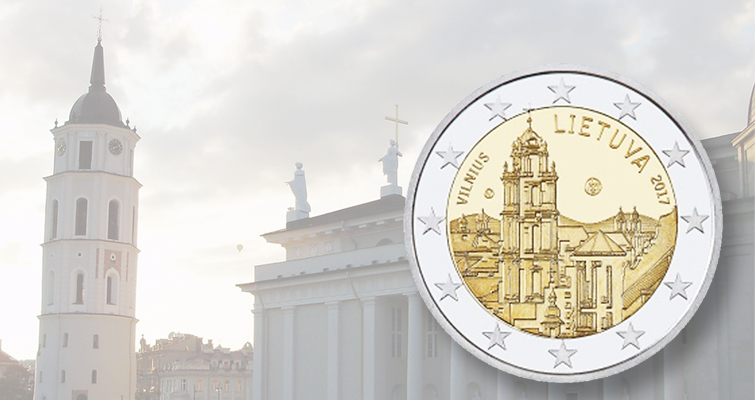 The commemorative €2 coin has a copper-nickel core and copper-aluminum-nickel ring.

The 2017 coin celebrates the capital city of Vilnius, highlighting the architectural landscape of Vilnius by featuring the Bell Tower of Vilnius University, the Tower of the Church of St. Francis and St. Bernard, and the domes of an Orthodox church.

The obverse design shows a fragment of the Vilnius city panorama. At the left side is the inscription VILNIUS and the mark of the designers, Vladas Oržekauskas and Giedrius Paulauskis. At the top right is the name of the issuing country LIETUVA and the year of issuance 2017. At the center is the Mint mark.

The edge lettering is the same as on €2 circulation coins issued in Lithuania: LAISVE ? VIENYBE ? GEROVE (translating to “Freedom, Unity, Well-Being”).

In total, 1 million coins were released into circulation; 10,000 of them were Brilliant Uncirculated examples sold at a premium to collectors. 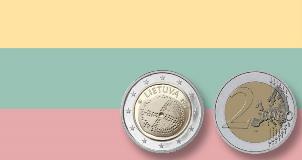