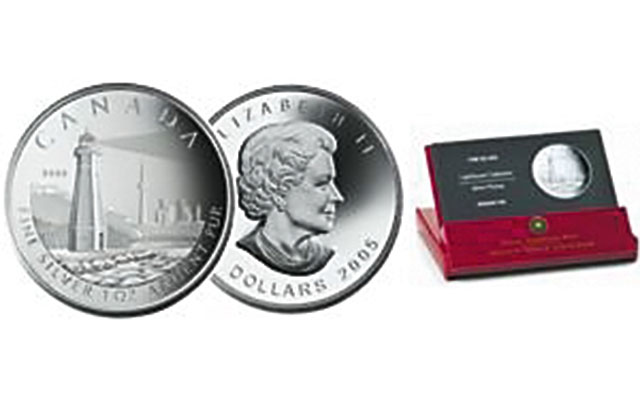 Gibraltar Point Lighthouse, located on the Toronto Islands of Lake Ontario, is subject of this 2005 silver $20 commemorative coin issued by the Royal Canadian Mint. 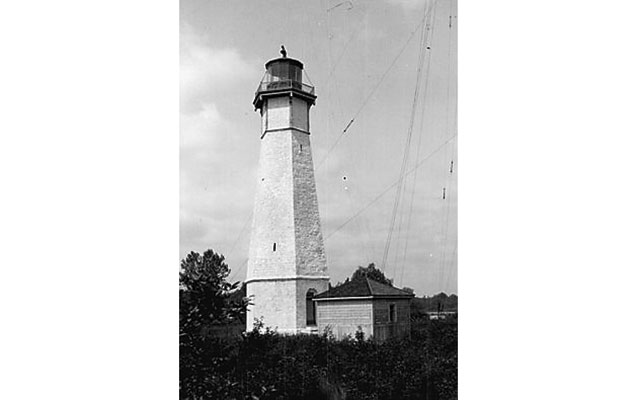 Gibraltar Point Lighthouse, located on the Toronto Islands of Lake Ontario, is subject of a 2005 commemorative coin issued by the Royal Canadian Mint.

Justin Perrault is a lifelong collector and is president of the Milwaukee Numismatic Society.

In the spring of 2014, I had the pleasure of serving as lighthouse keeper at the Grand Traverse Lighthouse outside of Northport, Mich., on Lake Michigan. As part of the Keeper Program, applicants are selected to serve one or two weeks residing in the living quarters of the lighthouse and greeting visitors.

Although the lighthouse itself is no longer functional, it still serves a valuable purpose educating visitors from all over the world. The Grand Traverse Light was fully restored and opened to the public as a museum in 1986, showcasing the history and life of the lighthouse keepers and their families.

Coins that feature lighthouses provide a very interesting theme around which to form a collection. This is a wonderful way to learn about specific lighthouses and their history without necessarily having to visit them personally.

Maine’s 2003 State quarter features the Pemaquid Point Lighthouse in Bristol. This light was originally constructed in 1827 as a 38-foot stone tower to mark the entrance to Muscongus Bay and John Bay.

The 2012 Acadia National Park quarter honors the Bass Harbor Head Lighthouse, which still serves as a private residence for the commander of the local Coast Guard unit. This lighthouse is located on Mount Desert Island in Tremont, Maine, and was constructed in 1858.

A number of foreign coins also feature a lighthouse as a main motif. From 1988 to 2003 the country of Gibraltar issued a 2-penny piece that depicted the Lighthouse on Europa Point on the coin’s reverse. This was a general circulation piece. Guarding the entrance to the Mediterranean Sea, the Europa Point Lighthouse was constructed in 1841 and continues as a fully automated light to the present day.

On the commemorative side of things, Canada issued two lighthouse-themed silver pieces.

In 2004 a 1-ounce silver $20 piece was issued depicting the Sambro Island Lighthouse. Located in the port of Halifax, Nova Scotia, this lighthouse has the privilege of being North America’s oldest operating lighthouse. The tower was built in 1758. This piece was limited to a total mintage of 25,000, but only 17,515 were struck.

Then in 2005 Canada followed up with a similar 1-ounce silver $20 piece, this time depicting the Gibraltar Point Lighthouse located on the Toronto Islands of Lake Ontario just off the shore of Toronto. Built in 1808, it is worth noting that this lighthouse is the oldest existing lighthouse on the Great Lakes, and was constructed in a hexagonal form to withstand the fierce storms of the lake. Total mintage on this piece came to 14,006 pieces. In manufacturing this piece, the Royal Canadian Mint used a laser engraving technology to accentuate the beam of light emanating from the lighthouse.

As you can see, a collection of very interesting coins can actually be formed around a lighthouse theme. I find that holding these in my hands brings to mind the life and challenges surrounding the lighthouses. These lighthouses were necessary tools that helped build nations, ensuring safe passage to vessels and providing employment to countless keepers and their families that maintained the light. If it has ever been a dream of yours to actually reside in and look after a lighthouse for a short time, then I would highly suggest that you consider serving as a lighthouse keeper.

In addition to the Grand Traverse Lighthouse, a number of other lighthouses are found in Michigan and throughout the country that offer such an opportunity. It is a once-in-a-lifetime experience you will not soon forget.