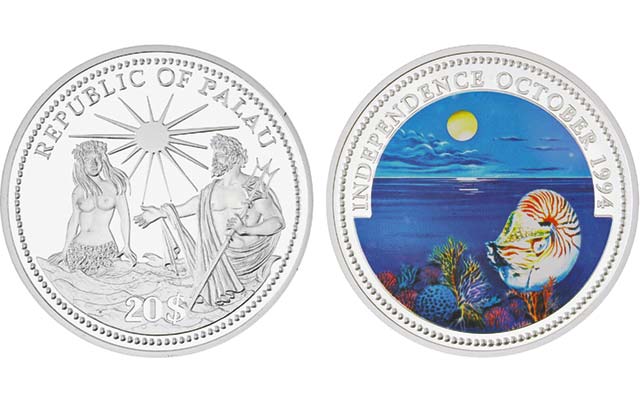 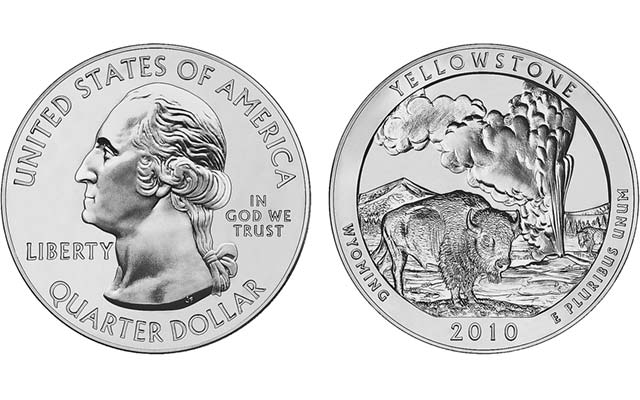 The U.S. Congress is slow to adopt popular world coin innovations so it was a happy surprise for big silver world coin and bullion collectors when Congress passed legislation for an American 5-ounce coin to be made. The program began in 2010 with 5-ounce silver coins honoring national parks, including Yellowstone. 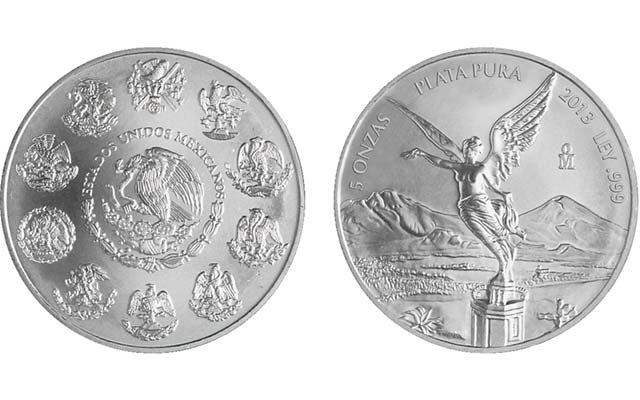 Five ounces is no longer a shocking size for a coin. Now at least eight nations make 1-kilogram (32-ounce) coins. This 2013 example is from Mexico. On eBay, prices range from $650 for the Uncirculated Libertad bullion coin, to $1,200 and up for the prooflike collector version. 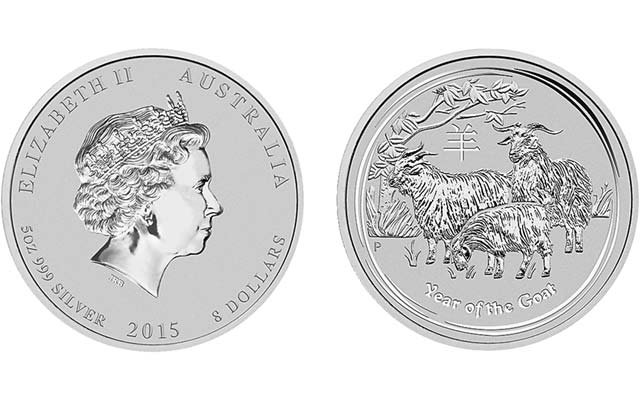 Some nations issue a new 5-ounce bullion coin or Proof 5-ounce commemorative coin each year. Australia’s Perth Mint issues both with new designs annually in keeping with the Lunar Calendar. 2015 is the Year of the Goat.

This is the fifth, and final, part of Rita Laws' feature on the growing number of nations that have issued 5-ounce silver coins for collectors and investors.

After the first three nations issued 5-ounce silver coins in 1986 that were well received by the market, world mints quickly mimicked those early adopters, and the trend continued to spread.

The coin was issued was just one year after Equatorial Guinea and Uganda issued the world’s first mint-colored legal tender coins of any size.

Interest in big silver pieces continued to grow throughout the 1990s but received its biggest boost in 2010 when the U.S. Mint began minting 5-ounce coins for the America the Beautiful quarter dollar program. One of the unique features of the program celebrating America’s national parks and similar sites is that each of the 76-millimeter bullion coins carries the same design and denomination, 25 cents, as the parallel 25-millimeter coin struck for circulation and in Proof copper-nickel clad and silver versions.

In addition, the U.S. Mint issues an Uncirculated collector version of the 5-ounce coin. The main difference between the bullion coin and collector version is the presence of the P Mint mark on the latter; both versions are struck on the same special press at the Philadelphia Mint, but only the collector coin has a Mint mark.

Australia’s Perth Mint has an ongoing Lunar Year series of 5-ounce coins in a denomination of $8. These are offered as Uncirculated bullion coins as well as in an Uncirculated mint-colored version and in Proof collector form.

Big silver just keeps getting bigger. Collectors can purchase 10-ounce silver coins and even 1-kilogram (32-ounce) coins. Australia, China, Russia, British Virgin Islands, Gabon, Somalia, Canada, and Mexico are some of the nations that have issued kilogram silver coins, and Australia has offered a 10-kilogram silver $300 coin for several years.

No one knows if the 5-ounce coin will remain the most popular size among big silver bullion coins or if, someday, a larger size will overtake it. But it should be interesting to watch the continuing evolution of these fascinating silver “hockey pucks.”