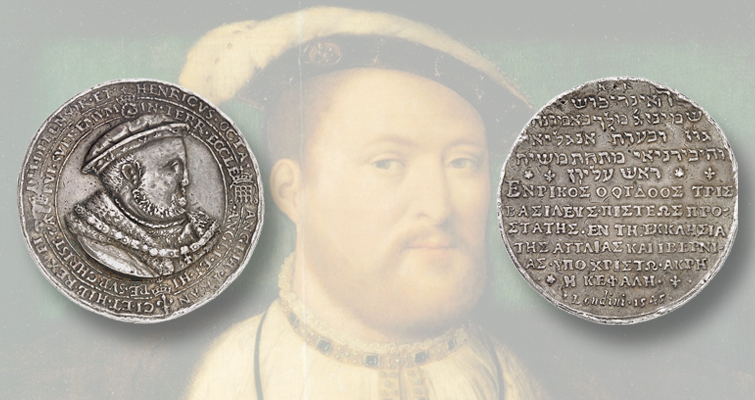 A rare silver medal from 1545 honoring King Henry VIII as head of the Church of England is in Fritz Rudolph Künker’s Sept. 29 and 30 auction.

Henry VIII famously left the Catholic church because of his multiple marriages.

A silver medal issued in 1545 showing Henry as the head of the Church of England and Ireland, is one of the major highlights of Fritz Rudolph Künker’s fall auction week.

An image of the king wearing a hat and a fur coat appears on the obverse of the medal, with text surrounding him.

On the reverse, two successive inscriptions, one in Hebrew and one in Greek, proclaim the new title of the king, as well as the date and place of minting (indicated as LONDINI 1545).

Considered the first true English medal, this medal commemorates the proclamation of Henry VIII as head of the Church of England in 1534.

Henry VIII’s desire to annul his marriage to Catherine of Aragon, combined with the development of humanism and other new ideas, led to his split with the papacy and the creation of a Church of England independent of Rome.

The medal is cataloged as Eimer 26a in British Commemorative Medals and Their Values, where this example is illustrated.

Henry Basse (or Bayse), who was appointed chief engraver at the Tower Mint in 1545, is credited with the medal design, which was also struck in gold (with only five examples apparently known). Cast examples of the silver version also exist, according to Eimer.

This example of the medal weighs 54.67 grams and measures 50.75 millimeters in diameter.

The auction house did not assign a grade to this medal, but noted a tiny edge defect and “magnificent patina.” 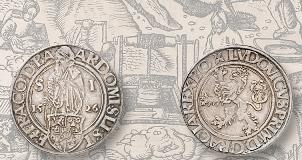 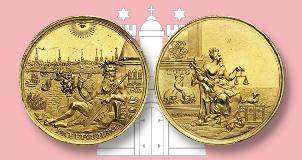 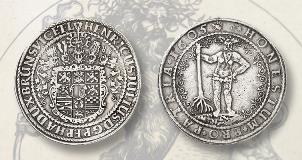