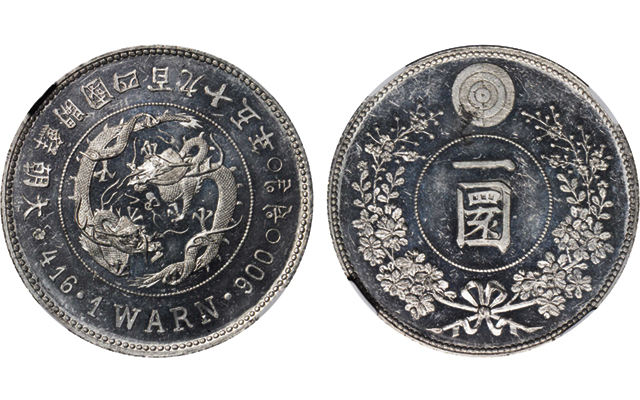 As increasing trade brought more Europeans to Korea, the need for a coinage system familiar and acceptable to international trading partners became clear.

In the 1880s, the predominant coins in use were the square-holed copper coins, which, though a “perfectly acceptable form of payment for local transactions,” were not widely accepted by foreigners.

Eventually, the Osaka Mint in Japan was contracted to help modernize the Chonwankuk Government Mint and Korea’s coinage.

A series of patterns struck on modern machinery were created in 1886, including a white metal pattern for the circulating silver 1-warn coin.

An example of this pattern is offered in the auction. Graded Mint State 64 by Numismatic Guaranty Corp., it is tied with one other for the finest known, according to the auction firm.