King of the jungle on third coin in bank notes series 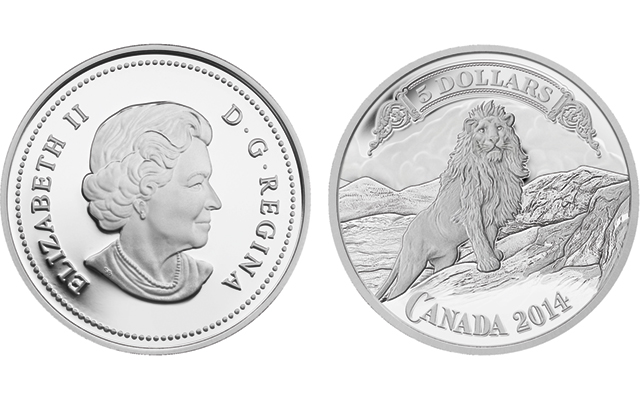 Canada continues a series of silver collector coins highlighting vignettes from historic Canadian paper money. The new coin shows the Lion on the Mountain, which was used on paper money a century ago. 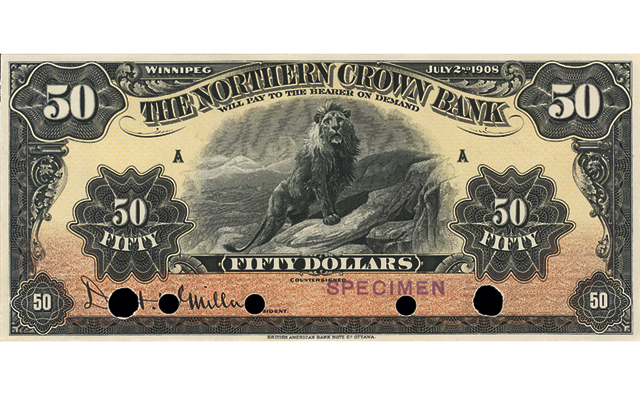 The vignette chosen for the Royal Canadian Mint's latest Bank Notes series was used for the Northern Crown Bank's $50 note, a proof of which is seen here in an image provided by the National Currency Collection, Currency Museum, Bank of Canada.

The king of the jungle is now crafted in silver in Canada.

The Lion on the Mountain vignette was created by the British American Banknote Company.

The Proof .9999 fine silver $5 coin shows the lion in a style characteristic of line engraving seen on early bank note designs. The face value is framed in scrollwork adapted from a bank note design.