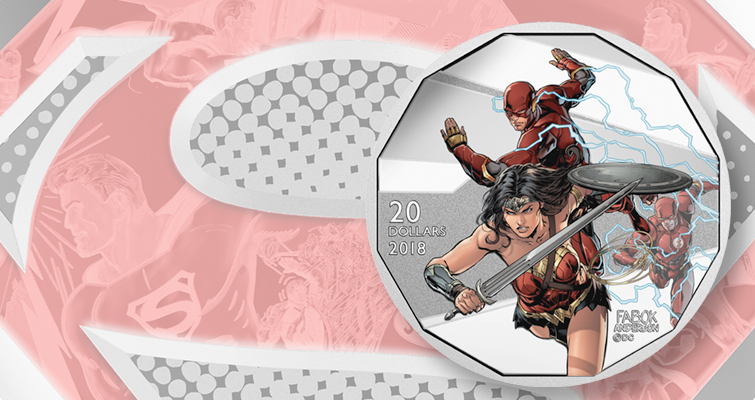 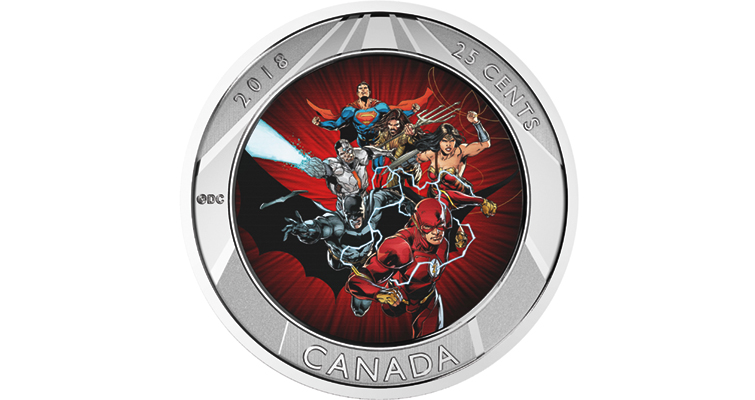 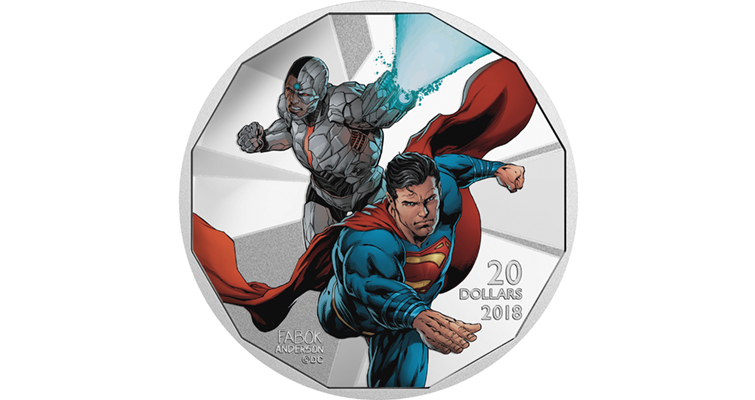 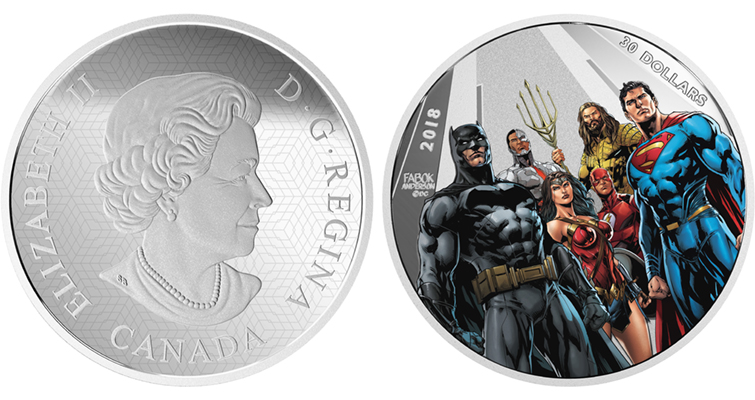 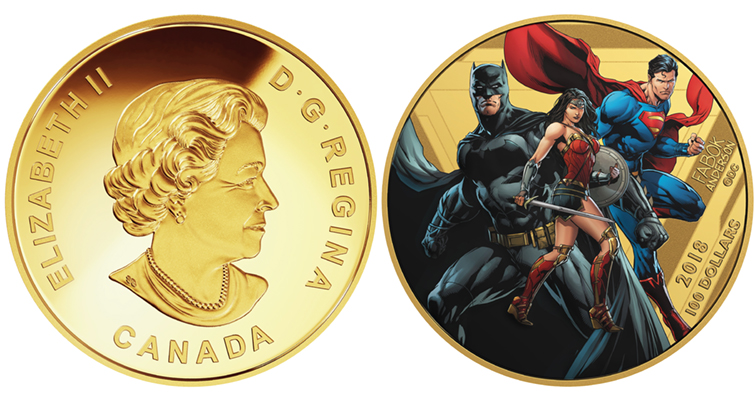 With the new issue, the mint is recognizing the work of Canadians Jason Fabok and Brad Anderson. Each coin’s reverse contains original art by Fabok, lead artist of the flagship Justice League comic book. The designs are further enhanced by the work of colorist Anderson.

The obverse of each coin carries the Susanna Blunt effigy of Queen Elizabeth II.

The Justice League is DC Comics biggest team of superheroes, and while the team roster has changed over the years, the movie version will feature some of the DC universe’s biggest player: Superman, aka Clark Kent, the Daily Planet reporter and hero from Krypton who “died” in the Batman V. Superman: Dawn of Justice movie that preceded the new film; Batman, the Dark Knight of Gotham, whose secret identity is billionaire Bruce Wayne; Wonder Woman, the Amazon princess (alias Diana Prince) whose 2017 standalone movie set box-office records; Arthur Curry, the aquatic hero Aquaman who rules and protects the underwater regions of Earth; Victor Stone, aka Cyborg, whose badly damaged body was supplemented by cybernetic parts that gives him great strength and the ability to fly; and the Flash, Barry Allen, the fastest man alive.

In the movie release on Nov. 17, the heroes — who generally work alone and not in a team — have to form bonds and work together to fight the otherworldly foes of Steppenwolf and his army of Parademons.

Three Proof silver $20 coins spotlight the hero pairs of Wonder Woman/Flash, Cyborg/Superman, and Aquaman/Batman with the engraved face value and the year 2018. Each .9999 fine silver coin weighs 31.83 grams, measures 40 millimeters in diameter and has a mintage limit of 7,500 pieces. The coins can be purchased for $88.43 each.

Several other coins are issued in this collection.

A lenticular copper-nickel 25-cent coin animating all six Justice League superheroes features motion effects — tilt the coin from side to side to view the two-image design, and watch as the team members appear to jump into action.

A .999 fine silver $30 coin celebrating “The World’s Greatest Super Heroes” pictures all six characters. The Proof coin weighs 62.67 grams, measures 54 millimeters in diameter and has a mintage limit of 6,000 pieces each. It is priced at $148.71 in U.S. funds.

The RCM is also offering a colored 10-ounce silver $100 coin that is shaped like Superman’s shield. The coin features Superman’s S-shaped symbol in red against a backdrop of “a collage of comic book action scenes that chart Superman’s evolution through the ages,” notes the mint.  The Proof .9999 fine silver coin is limited to a mintage of 1,500 pieces and is priced at $902.25 in U.S. funds. It measures 110 millimeters by 87.5 millimeters in size.

The Justice League coins are the latest in the Royal Canadian Mint’s series of coins with popular culture themes, many of which include comic book characters.

All of these Justice League items are available from the Royal Canadian Mint website, or via the two official distributors: Gatewest Coin and Talisman Coins. 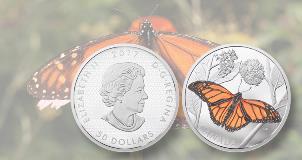 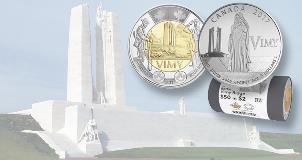