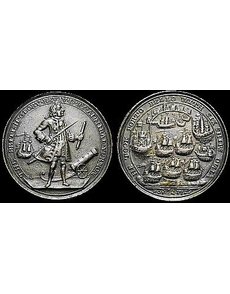 Admiral Vernon medals are an affordable component of a Betts medal collection. One of approximately 250 types and varieties of Admiral Vernon medals, the example seen here (its Betts classification unidentified) sold for about $250 in a German auction in December. 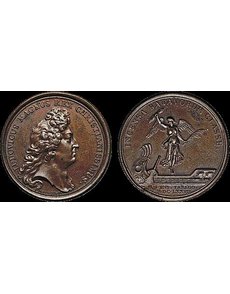 Another affordable area of Betts medals is the series of more than 300 medals created to honor French King Louis XIV, the Sun King. This medal, classified as Betts 52, marks the French victory over the Dutch at Tobago to protect the French colony. It sold for $558 in Heritage’s January auction of the Adams Collection. 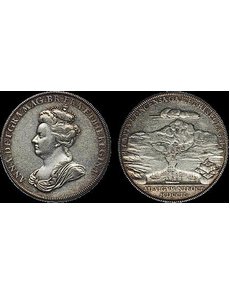 An affordable area of Betts medals is the short series of medals marking the capture of New World treasure by an Anglo-Dutch coalition in Vigo Bay, Spain. A silver medal (Betts 97) realized about $441 in the Adams auction; a similar medal but in bronze realized about $259 in the same sale. 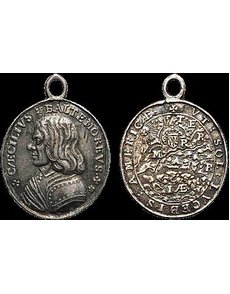 The star of Adams’ Jan. 9 auction of Betts medals is the Indian peace medal featuring Cecil Calvert and a map of Maryland. It realized $176,250.

If Boston collector John W. Adams has one issue with the series of medals known as Betts medals, it is their abundance.