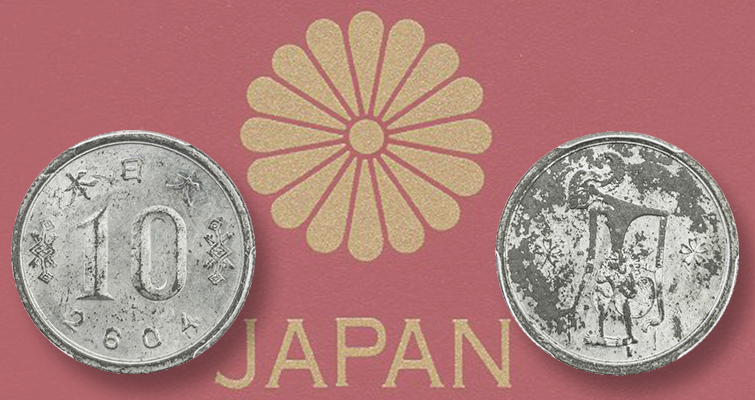 A 1944 tin 10-sen coin made at the Osaka Mint for the Japanese puppet government ruling the Dutch East Indies realized $411.25 during Stephen Album Rare Coins’ May 19 to 21 auction.

The reach of the Japanese military during World War II included possession of the Netherlands East Indies (today part of Indonesia).

The Japanese invasion of the oil-rich land began one day after the attack on Pearl Harbor. Japan was in full domination of the area by March of 1942 and would control the area for 3.5 years.

In 1943 and 1944, Netherlands East Indies coinage became neces­sary, and three denominations (1-, 5- and 10-sen pieces) were proposed, according to World War II Remembered, by C. Frederick Schwan and Joseph Boling.

Only the latter two denominations were actually struck, but few of either made it into circulation.

“Most never made it to the south Pacific because of Allied interdiction of the sea lanes,” write Schwan and Boling.

Many were lost or melted at the Osaka Mint, where they had been made, in tin.

When found, they are often in Uncirculated condition but sometimes suffer environmental damage.

Stephen Album Rare Coins’ auction No. 25, from May 19 to 21, featured an example of the 10-sen coin of 1944, graded by Professional Coin Grading Service as Uncirculated Details (the Details designation was assigned because of environmental damage).

In addition to the date, 2604 in Arabic numerals, from the Japanese Shinto dynastic calendar and corresponding to 1944, the only inscription found on the coins is in Japanese, for Dai Nippon, meaning “Great Japan.”

The reverse depicts a native puppet, according to World War II Remembered.

To learn more about the auction and results, visit the firm’s website. 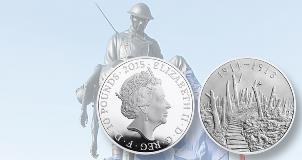 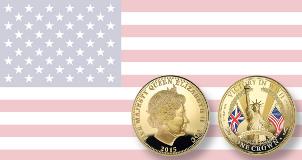