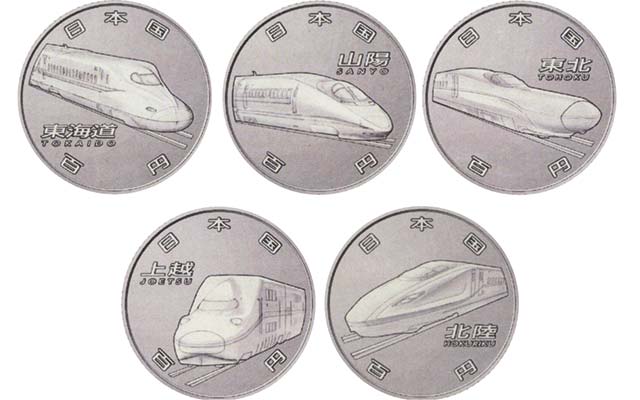 The Japan Mint is issuing five different circulating commemorative 100-yen coins, one for each of the current high-speed rail lines, in 2015. 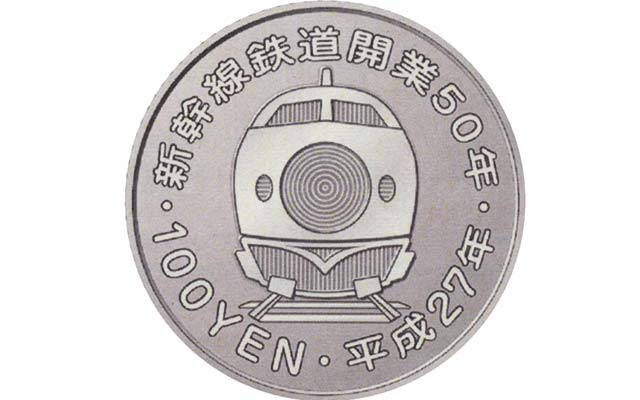 Japan’s network of high-speed rail is growing in 2015, and the Japan Mint is marking the expansion with five circulating commemorative coins, each of which will share this common reverse side design. 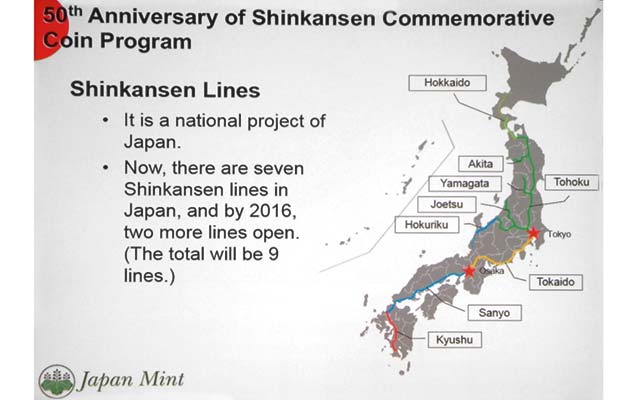 Japan's network of high-speed rail, the Shinkansen lines, celebrated its 50th anniversary in 2014 and is now being honored on coins. A map of the lines was shown to attendees of the Jan. 30 media forum during the World Money Fair in Berlin. 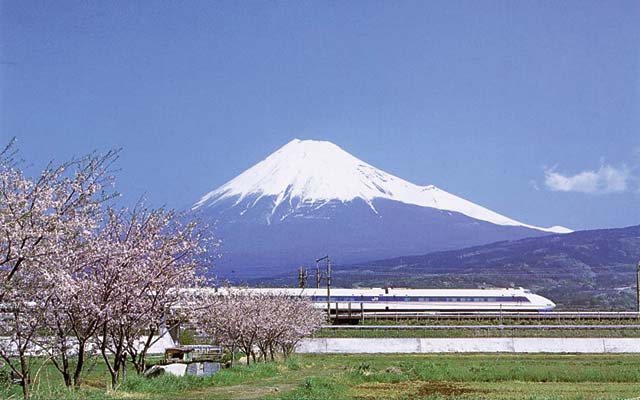 A Shinkansen “bullet” train delivers passengers through the Japanese countryside, with the famous Mt. Fuji as the backdrop and cherry trees in the foreground in this image courtesy of Wikipedia user Swollib.

Japan’s first circulating commemorative 100-yen coins in 39 years are due to be released in 2015.

The Japan Mint plans to celebrate the nation’s high-speed “bullet” trains with a series of five 100-yen cons. The Japan Mint announced its plans Jan. 30 during the Media Forum at the World Money Fair in Berlin.

Japan’s main islands of Honshu and Kyushu are served by a network of high speed train lines (Shinkansen) that connect Tokyo with most of the country’s major cities. Japan’s high speed trains operate at speeds of up to 320 kilometers (200 miles) per hour.

The Shinkansen is known for comfort, safety (no fatal accidents in its history) and efficiency.

The copper-nickel clad coins are set for release “around May” this year, and help mark the Shinkansen’s 50th anniversary in 2014. The coins will also celebrate the extension of the Hokuriku Shinkansen to Kanazawa near the Japan Sea. Eventually, a new line will connect Honshu to the northernmost island of Hokkaido.

All of the five 100-yen coins will share a common reverse design, showing a head-on look at the front of a train racing toward the viewer.

Each obverse will showcase a different line and different train.

The first coin will show the Tokaido Shinkansen, the first line, which tied Tokyo to the region surrounding it. An N700A train, the line’s newest vehicle, races to the viewer’s right on this coin, which will have a mintage of 2,324,000 pieces.

The second coin highlights the Sanyo Shinkansen, and its 500 Series train. It has a mintage of 2,292,000 pieces.

The third coin shows the E5 Series train on the Tohoku Shinkansen, and has a mintage limit of 2,304,000 pieces.

The fourth coin features the Joetsu Shinkansen and its E4 Series train; it has a mintage limit of 2,288,000 pieces.

The final coin shows the Hokuriku Shinkansen and the E7 Series, W7 Series train. The coin has a mintage limit of 2,360,000 pieces.

The Japan Mint has not confirmed whether Proof versions of the Shinkansen coins will be issued, but that has become standard practice for other circulating commemorative coins.

The last time Japan issued a circulating commemorative 100-yen coin, the theme was to honor the 50th anniversary of the emperor’s reign, in 1976.

The current program builds on a Proof silver 1,000-yen coin released in 2014 for the anniversary. An additional four circulating 100-yen coins, for themes, or trains, as yet unannounced, are due to follow in 2016.