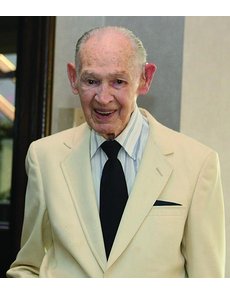 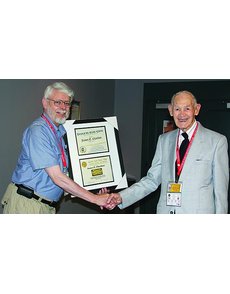 Universally hailed as “the coinman to Canadians” and “the dean of Canadian numismatics,” James Edward Charlton died Sept. 20.

Mr. Charlton, an engineer who became a coin dealer and hobby publisher, enjoyed a legacy matched by few if any in Canadian numismatics.

Mr. Charlton began collecting coins 87 years ago, a passion he credited his older brother Harry for stoking by giving him an 1863 Indian Head cent.

Mr. Charlton set aside the hobby, however, when he moved to northern Ontario in 1933 to begin working for International Nickel Co. He worked for several companies in Ontario (including Canada’s first nuclear energy plant) before he and his wife, Mary (whom he married Feb. 3, 1945, and who survives him today), were ready to move south.

While the Charltons were visiting Mary’s family in their hometown of Toronto for Christmas 1947, he saw an ad in the Toronto Daily Star for an engineer position at the newspaper. Mr. Charlton secured the job and he and Mary moved to Toronto. The move also rekindled his dormant interest in coins.

Toronto had coin shops, and the local coin club provided numismatic camaraderie that paved the way for new ventures in the hobby.

Mr. Charlton ’s name is affectionately used as shorthand for a bookcase worth of coin, paper money and token catalogs published since he issued the first volume in 1952. The 34-page pamphlet, titled Catalogue of Canadian Coins, Tokens & Fractional Currency, soon morphed into the Standard Catalogue of Canadian Coins, Tokens and Paper Money, which was later split into three catalogs by subject.

Within a decade of publishing the first catalog in 1952, Mr. Charlton stepped down from his job at the newspaper to devote full time to numismatics, as his coin dealership, auctions and publishing consumed ever more time. In 1980, Mr. Charlton sold his publishing business to William Cross.

Mr. Charlton attended the first 51 CNA conventions (from 1954 through 2004), most of the American Numismatic Association conventions for decades, as well as hundreds of other coin shows, Mary often accompanying him.

During his career, Mr. Charlton owned and operated three numismatic firms in Canada. He served as the first Coin World Canadian Trends editor from 1961 to 1969, and again from 1983 through 1990.

The book is one of many tributes to Mr. Charlton, who received the Award of Merit gold medal from the Ontario Numismatic Association in 1967 and the J. Douglas Ferguson Award, given for distinguished service to Canadian numismatics, in 1972. In 2004 he was honored with the Paul Fiocca Award for meritorious service to the Canadian Numismatic Association, which he served as vice president and president.

Fellow hobbyists have shared multiple reminiscences of Mr. Charlton, universally praising his integrity and his willingness to share information; many credit his catalogs as generating interest in the coin hobby in Canada more than any other single factor.

In a letter to fellows of the Canadian Numismatic Research Society, Scott E. Douglas said: “Suffice to say that there is scarcely a collector in Canada and many other parts of the world that has not heard of the Charlton name. Jim always represented himself with dignity, honesty and integrity. ... Jim Charlton is a numismatic legend. His legacy will live on in all who knew him.”

His son James R. Charlton, writing in an essay in the forthcoming October issue of the RCNA Journal, said that his father “was a simple man who took his daily life in stride. ... He was always fair in his business dealings, saying many times that how you conducted yourself in business was how your life really was, and in retrospect he was right.” ¦