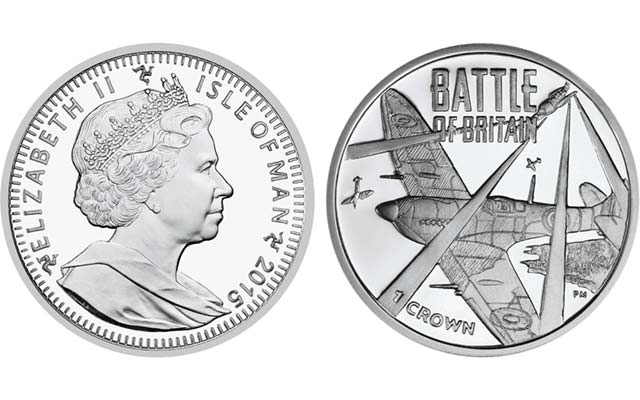 The Pobjoy Mint marks the 75th anniversary of the Battle of Britain with commemorative coins from the Isle of Man. 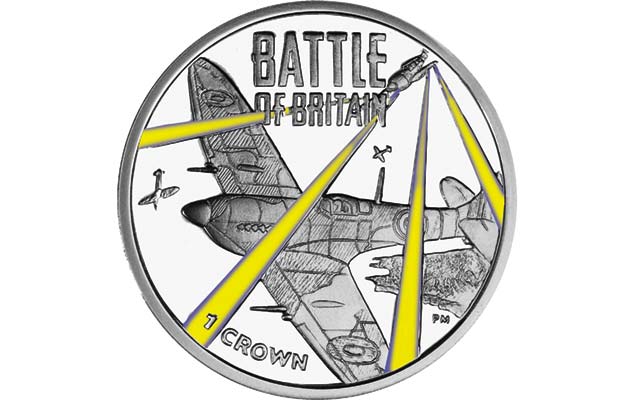 A colorized reverse with yellow symbolizing the searchlights employed during the air raid is available on either copper-nickel or Proof silver crown coins.

To mark the 75th anniversary of the Battle of Britain, Pobjoy Mint has issued four new coins on behalf of the Isle of Man government.

The Battle of Britain is the name given to the World War II air campaign instigated by the German Air Force (Luftwaffe) against the United Kingdom during 1940. The Battle of Britain was the first major campaign to be fought entirely by air forces and was also the largest and most sustained aerial bombing campaign.

The German objective was to gain air superiority over the Royal Air Force. The failure of Germany to achieve its objectives of destroying Britain’s air defences, or forcing Britain to negotiate an armistice or even to surrender, is considered its first major defeat and was a crucial turning point in the war.

The name is derived from a speech by Winston Churchill more than three weeks prior to the start of the battle.

The reverse features a British Spitfire flying over the White Cliffs of Dover with a German Messerschmitt on its tail.

An Uncirculated copper-nickel crown and a Proof .925 [sterling] silver crown feature the design, and colorized versions of each (with the searchlight beams in yellow) are also available.

All the coins weigh 28.28 grams and measure 38.6 millimeters in diameter.

The Uncirculated versions have unlimited mintage, and the Proof versions are limited to 10,000 mintage each.

To view this and other coins in the range, visit the Pobjoy Mint’s website.

The Isle of Man is not alone in honoring the Battle of Britain with coins!