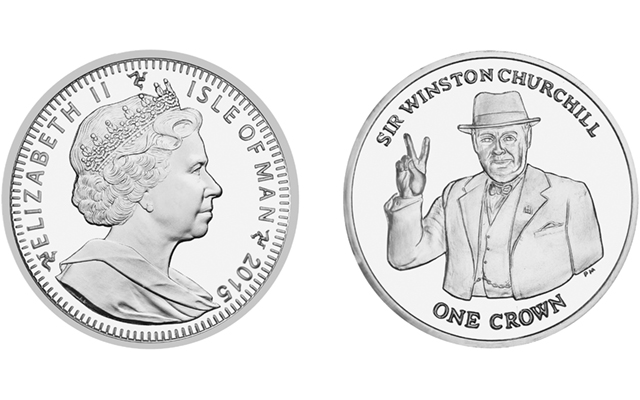 Sir Winston Churchill is being honored on new coins from the Isle of Man.

Pobjoy Mint is releasing a new commemorative coin on behalf of the Isle of Man that commemorates a man considered to be one of the greatest Britons of all time — Sir Winston Churchill.

Churchill was prime minister of the United Kingdom from 1940 to 1945 and again from 1951 to 1955. Widely regarded as one of the greatest wartime leaders of the 20th century, he was also an officer in the British Army, a historian, a writer and an artist. Churchill was also the first person to be made an honorary citizen of the United States.

His absolute refusal to consider defeat or surrender helped inspire British resistance, especially during the early days of WWII. Churchill was particularly well known for his speeches and radio broadcasts, which helped inspire the British people. He led Britain as prime minister until his party was defeated in a general election, about the time that victory over Nazi Germany had been secured.

Upon his death in 1965, Queen Elizabeth II granted him the honor of a state funeral, which saw one of the largest assemblies of world statesmen in history.

Named “Greatest Briton” of all time in a 2002 television poll, Churchill is widely regarded as among the most influential people in British history.

To commemorate the 50th anniversary of his death, the coin features a portrait of Churchill giving his famous “V for Victory” sign.

The copper-nickel coin has an unlimited mintage, each costing $16.95. The silver version is limited to 10,000 pieces, each priced at $89.

Want more coins with Winston Churchill? There are plenty of options!