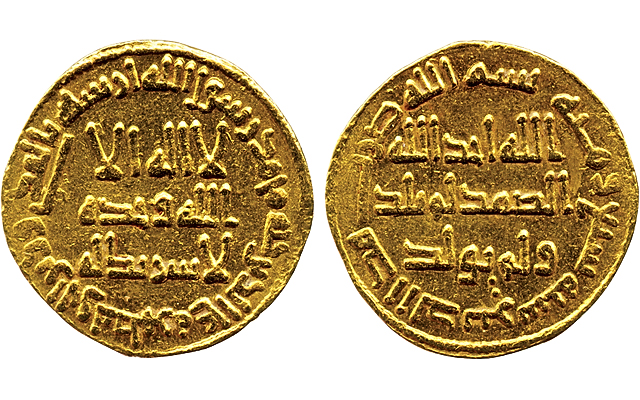 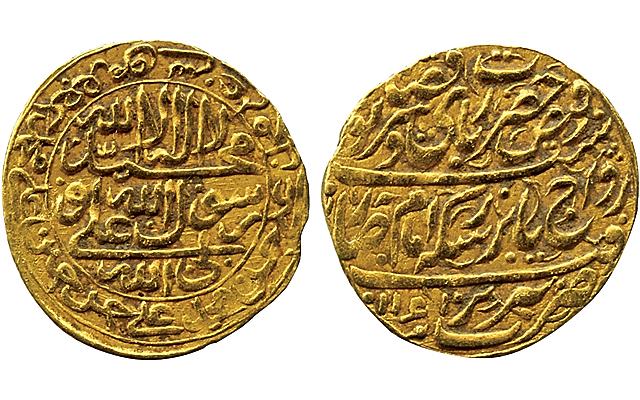 The sale closes June 16 and is the first of three online auctions the firm plans to hold in 2014.

Tim Wilkes of Wilkes & Curtis said: “Our first auction is truly international but, like the Wilkes & Curtis brand, has a strong focus on coins from both the Indian and Islamic worlds. These coins give both the seasoned collector and those new to the subject of numismatics a fascinating insight into the role coinage has played in the culture and politics of the world.”

Leading the auction, among a selection of quality Islamic rarities, is the Extremely Fine example of the “very rare” A.H. 107 (A.D. circa 725 to 726) Umayyad gold dinar. The auction firm did not provide an estimate of how many similar pieces are known.

Also in the Islamic section is a gold ashrafi of the Afsharid ruler Amir Arslan Khan that is believed to have previously been unrecorded.

The coin is absent from the standard reference, The Checklist of Islamic Coins, by Stephen Album. Indeed, Album does not list any gold coins for the reign of Amir Arslan Khan.

Highlighting the Indian section is a gold stater, previously from the collection of Gupta coinage formed by M. Delmé-Radcliffe.

This coin is from the reign of Samudragupta (335 to 380), and depicts the king and the Garuda bird on the obverse, and Lakshmi, the Hindu goddess of wealth, prosperity and fortune, enthroned on the reverse.

According to the auction firm, Gupta rulers embraced the coin designs implemented by their Kushan predecessors who included Indian deities in their coinage but introduced new Indian style scenes, like the one on the obverse of this example.

The firm supplies the context that the 10-dirham coin dates from a period when an independent Morocco invited European intervention to help the fragile sovereign state protect its threatened investments, and to help Morocco push for economic allowances. Diplomatic manipulation saw the European states, France in particular, rush to extend their interests in North Africa, and it is therefore unsurprising that Moroccan coins from this period were minted not only in Fes, but also in Berlin, Paris, Birmingham, and London.

A catalog will all 579 lots is posted online, and bidders may bid through email or online, all through the firm’s website.