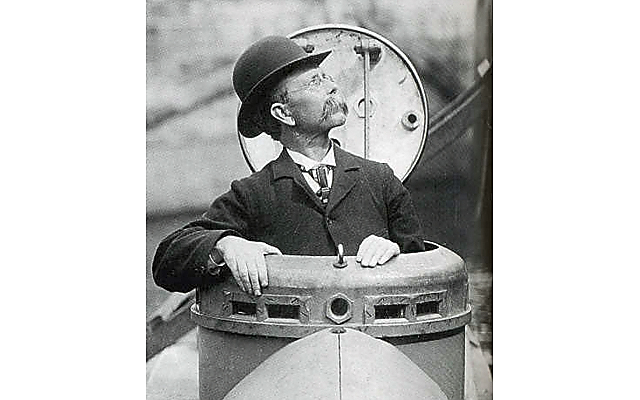 John Philip Holland stands in the open hatch of one of his submarines. 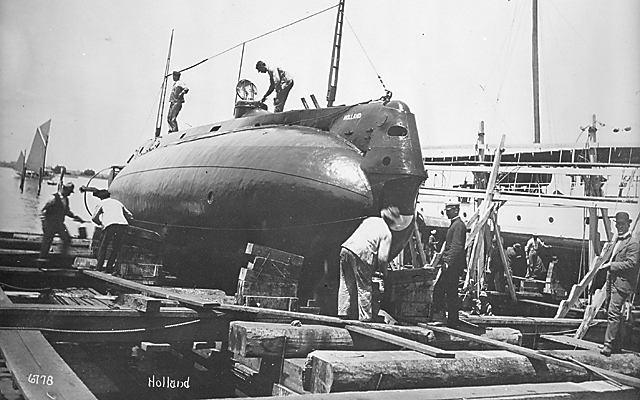 A scene captures the construction of the USS Holland in 1900.

USS Holland (SS-1) was the United States Navy’s first modern commissioned submarine, and is named for its Irish-American inventor. The boat was originally named Holland VI, and launched on May 17, 1897. The submarine was officially commissioned by the U.S. Navy on Oct. 12, 1900, at Newport, R.I.

Holland also created the first Royal Navy submarine, the Holland 1, and is widely regarded as the father of the modern submarine for his designs.

No details of the coin's design or specifications are available.

To learn more about new Irish commemorative coins, contact the Central Bank of Ireland at (011) 353 1 248 or visit its website, www.centralbank.ie.