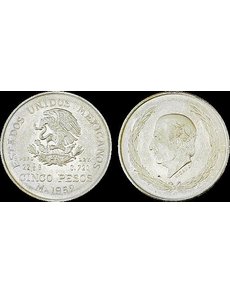 The iconic founder: Father Miguel Hidalgo of Mexico, on reverse, right was a Catholic priest and is revered as the Father of his Country, too. He was executed in 1811. 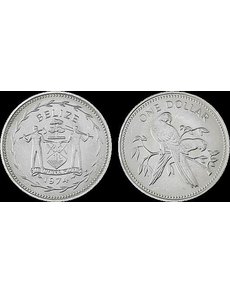 The iconic native species: When 590 different bird species reside in your small nation, it makes sense to put some of them on your coins. The scarlet macaw was placed on a Matte Finish 1974 dollar of Belize. 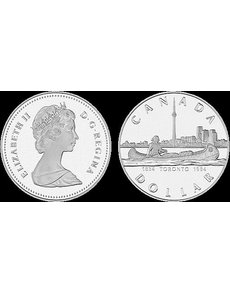 The iconic landscape or seascape: This 1984 Canadian dollar struck for Toronto’s 150th birthday features a cityscape as seen from the harbor. 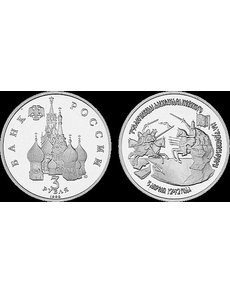 The iconic battle or monument: This metallic history lesson tells the story of the Battle of Chudskoye Lake, which stopped the spread of Catholicism into Russia in favor of the Russian Orthodox Church. 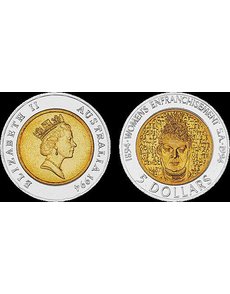 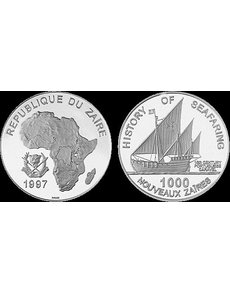 The iconic national crest: The symbols on this Zaire coin represent peace and defense. The leopard is to that nation what the bald eagle is to America. 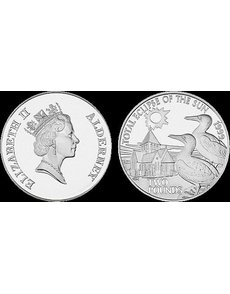 The iconic natural wonder: The best seat in the house to witness the solar eclipse of August 1999 was on the island of Alderney, and coins that year let the world know. 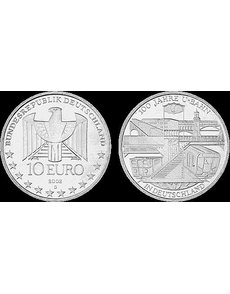 The iconic man-made wonder: Bisected by the Berlin Wall and then reconnected, the 100-year-old Berlin subway moves almost 500 million people per year.

What is iconic to you? The word “icon” can refer to religious images, an ideal version of something, computer pictograms or representative symbols like those found on coins.

A few coin icons frequently seen in several nations include:

? The national crest or flag.

? A cityscape, seascape or landscape.

? A famous battle or monument.

? A beloved hero, revolutionary or reformer.

World governments put icons on coins to educate the populace, encourage tourism and protect endangered animals, among other things.

For inspiring feelings of nationalism and patriotism it’s tough to beat coins featuring the national flag or crest. One example comes from Zaire, known as the Congo today. Zaire’s crest often appeared on its coins, such as the 1997 silver 1,000-nouveaux-zaire coin.

Rich with symbolism, the crest was dominated by the head of a leopard, an animal as closely identified with that nation as the bald eagle is with the United States. Also part of the crest was an ivory point, and a crossed arrow and spear indicating readiness for defense. A palm branch in the crest represents peace, and the nation’s motto in French reads “Peace, Justice and Work.” The crest has been modified several times since 1997.

The iconic national founder is the person that a nation can rally around.

Mexico’s “Founding Father” was a father three different ways. In addition to that national honorary title, Miguel Hidalgo y Costilla was also a Catholic priest and the biological father of five children. He was executed in 1811 for his work fighting oppression but his courage set the stage for independence in 1821. Just as the United States has more than one George Washington coin series, Mexico has several Hidalgo series, including a 5-peso coin minted from 1951 to 1954.

Many nations feature natural wonders and phenomena on coins to encourage tourism. But for that rare phenomenon called a solar eclipse, no country ever beat the drum like tiny Alderney Island, population 2,000, situated between France and England.

Alderney issued several versions of solar eclipse copper-nickel, silver and gold £2 and £5 coins in 1999. Alderney was advertising the fact that scientists had declared Alderney’s clear northern skies the best vantage point for viewing the upcoming August eclipse. By the time it occurred, the population had quadrupled, with 6,000 tourists looking skyward. Perhaps the coins helped.

Man-made wonders like bridges, skyscrapers, railways, dams and stadiums on coins will attract tourists, too.

In 2002, Germany honored its 100-year-old Berlin subway or U-Bahn with a silver ?10 commemorative coin. The giant railway is 80 percent underground and moves almost 500 million people annually. It was bisected when the Berlin Wall was built and reconnected when the wall fell. Such is its long history, the U-Bahn has its own public museum.

A small nation with little budget for man-made wonders can still be a tourist magnet by advertising its unique native flora and fauna.

Belize, a Central American nation just south of Mexico, has recorded an amazing 590 different species of birds. In 1974, Belize issued a Matte Finish commemorative dollar showcasing its famous scarlet macaw, a bird that has made its way into some American homes as a pet.

Macau, Germany, Singapore, Mexico, the Philippines and many others have issued coins with beautiful land, sea and cityscapes, but a 1984 Canadian dollar is special for offering a combination of two vistas.

The coin shows a First Nations canoeist paddling through Toronto Harbour on the north shore of Lake Ontario while the landscape captures the skyline of Canada’s largest city. The design celebrated Toronto’s 150th birthday.

Many European coins feature iconic monuments and battles. These are history lessons on coins and a way to honor the fallen in those battles.

The Russian 1992 Battle of Chudskoye Lake 3-ruble coin tells the fascinating story of a critical battle from 1242. The Teutonic Knights were defeated by the Novgorodians; the defeat stopped the Catholic Crusaders and permanently established the boundary for Russian Orthodoxy.

Our final icon is that of the beloved reformer who works tirelessly to improve conditions for the disenfranchised, in this case, the fight for universal suffrage.

In 1994, Australia celebrated the 100th anniversary of suffrage by issuing a $5 ringed-bimetallic commemorative coin with the face of suffragist Mary Lee on the reverse. Some Americans could not help but notice that she wears a stern expression on her face, not unlike that of counterpart suffragist Susan B. Anthony on her U.S. dollar portrait. ¦