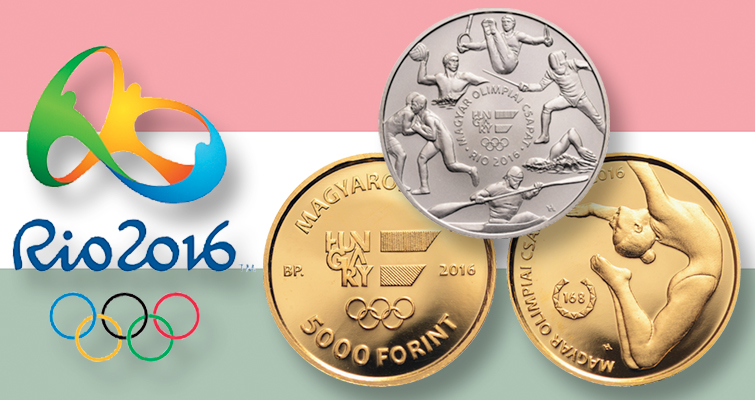 Hungary’s 2016 Olympic program includes three coins, showing a female gymnast on the reverse, a common design element on all three of the coins.

To celebrate the 2016 Rio Olympic Games,  Hungary needed only to look at the record books for coinage design inspiration.

The Central Bank of Hungary has issued three commemorative coins for the Games, which kick off Aug. 5 and continue through Aug. 21.

Hungarian women gymnasts have won 23 medals of all metals at the Olympics.

In addition, the number 168 on the coin design represents the number of Olympic gold medals earned by Hungarian athletes in all events.

The reverses of the copper-nickel and silver coins show a montage of various sports, fencing, swimming, canoeing, water polo, wrestling and athletics, surrounding the 2016 Hungarian Olympic logo and legends relating to this year’s Games.

Those sports are the sports in which Hungarian athletes have historically performed the best. Athletes from Hungary have earned the third-most medals for fencing among all nations competing in the Olympics, including 35 gold medals, the most gold medals that Hungary has earned for all Summer sports. Other successful sports (gold medal tallies in parenthesis) like swimming (25), canoeing (22), wrestling (19) and athletics (10) all make an appearance on the reverse of the copper-nickel and the silver coins.

The obverse of the gold coin depicts the 2016 Hungarian logo and mandatory inscriptions.

U.S.-based distributor Coin & Currency Institute offers all three of the coins; the copper-nickel coin retails for $19.50, the silver coin is priced at $67.50 and the gold coin is available for $77.50. 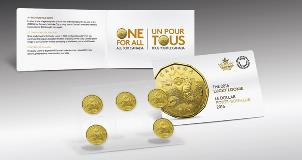