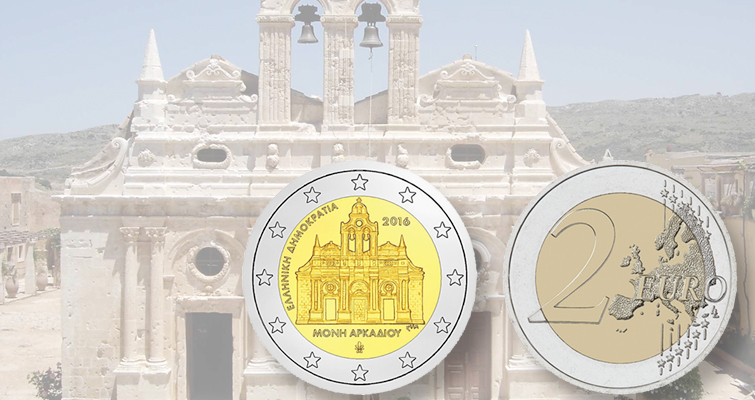 Greece honors the sacrifice of nearly 1,000 lives at the Arkadi Monastery during the Cretan Revolt of 1866 on a 2016 circulating commemorative €2 coin.

The monastery provided refuge to 943 Greeks, mostly women and children, during the uprising. After three days of battle and under orders from the abbot of the monastery, the Cretans blew up barrels of gunpowder, choosing to sacrifice themselves rather than surrender.

The obverse of the coin shows the monastery with inscriptions bearing its name and the country name in Greek. The date of issue, palmette Mint mark of the Greek Mint and the monogram of the artist George Stamatopoulos also appear.

A total of 750,000 coins were issued in November (the announcement from the European Commission notes that the release date is the fourth quarter of 2016).

Each nation is allowed to issue up to two different circulating commemorative designs annually, with designs of their choosing, though few nations have issued the maximum number of designs. Joint euro programs like the 2015 coins honoring the 30th anniversary of flag of the European Union do not count toward this limit. 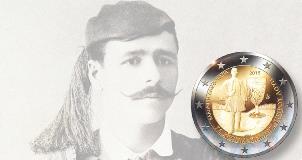