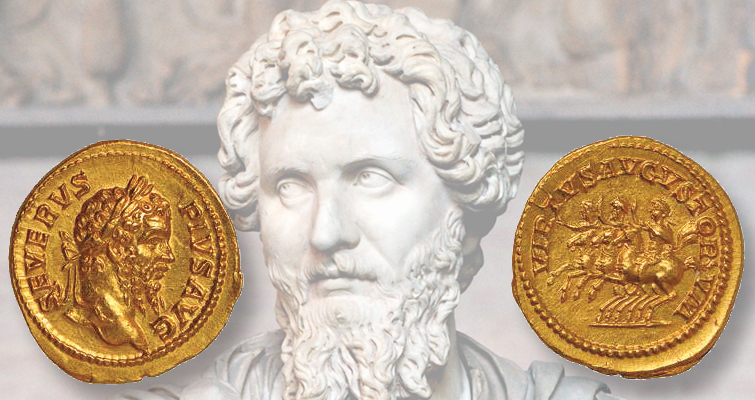 A circa A.D. 202 to 210 gold aureus issued by Septimius Severus recalls the measures he took to keep his teenage sons Caracalla and Geta from fighting.

Modern parents know the difficulty of keeping their children from fighting on road trips.

In ancient times, Roman emperor Septimius Severus had to get creative to distract his two sons.

A circa A.D. 202 to 210 gold aureus issued by the ruler recalls the measures he took to keep his sons Caracalla and Geta from fighting. The boys were then likely in their mid- to late teens. The coin highlights Baldwin of St. James’s New York City auction Jan. 14.

All three of the men appear on horses on the reverse of the aureus, raising their right hands.

The obverse composition includes “a bold portrait” of Severus.

The reverse is “sharply struck and shows quite clearly the individual facial features of each of the riders,” according to the firm. “Closest to the viewer is Caracalla, cloaked and wearing a military breastplate, with boyish looks and a laureate crown. Next is Severus, with much facial hair and a laureate crown. Finally, there is Geta, young and slim, with smooth cheeks and lacking his crown. Each is posed with his arm extended as if receiving an ovation.”

The significance of the type here, though, is proclaimed in the legend VIRTVS AVGVSTORVM, or “bravery of the emperors.”

This relates to Severus’ campaigns in northern Britain after A.D. 209, where he took his wife and two sons to wage war against the Caledonians of northern Britain. He did so in part because of the genuine threat that these northern peoples presented, but his primary interest in doing so seems to have been to provide a constructive outlet for the near constant quarrelling of his two sons, according to the auction house.

“He felt it would be better if they focused their attentions on an enemy of Rome rather than each other, and in the process gain invaluable command experience. Based at Eboracum (modern York), Severus sent his sons to lead the troops. He also used this opportunity to elevate Geta to the rank of Augustus. However, while in Britain Severus fell ill and died in A.D. 211, leaving behind two sons who were still intent on eliminating one another.”

The coin is “virtually as struck and almost mint state, extremely rare and possibly the finest specimen known,” according to the firm. 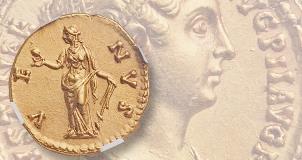 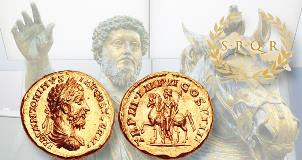 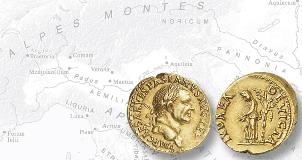