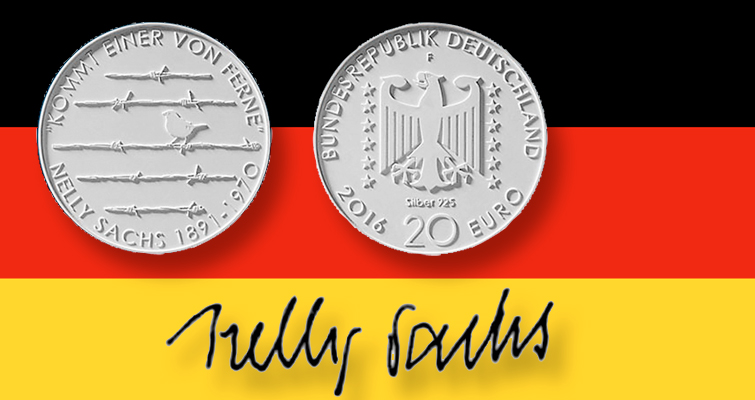 Germany in 2016 will honor Nelly Sachs, the nation’s first Nobel Prize laureate, with a silver €20 coin.

Germany’s first Nobel Prize laureate, Nelly Sachs, is slated to be honored with a €20 coin released in April, the German government recently announced.

The 2016 coin was designed by artist Georg Mann in Halle an der Saale.

His design features a bird perched on the central strand of barbed wire among five parallel strands depicted. In quotation marks above the design is "KOMMT EINER VON FERNE," which can be translated as “One Comes From Afar” and is the title of one of Sachs' poems, about the fate of the refugee. Sachs’ name and the years of her life are below the design.

The design is symbolic of the horrors of the Holocaust. Sachs, who was Jewish, fled Nazi Germany in 1940 with her mother on the last flight from Germany to Sweden, a week before Sachs was scheduled to report to a concentration camp. Mother and daughter settled in Sweden and Sachs became a Swedish citizen in 1952.

The reverse depicts the eagle, the nation’s name (in German), the denomination, an indication of the coins’ silver fineness and year date of issue. In addition, the coin carries 12 stars representing the European Union, and the F Mint mark of the Stuttgart Mint, which will strike the coin.

Incuse edge lettering bears a passage from another of Sachs' works, and can be translated as, “Peace, you slightest of all births.” 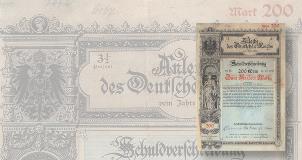 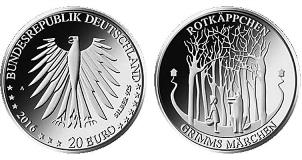