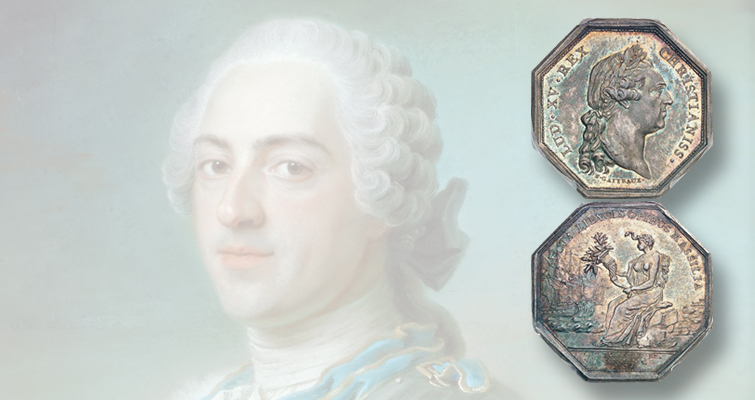 A silver jeton of the Royal African Company of Marseille is in MDC Monaco’s Oct. 20 and 21 auction.

French colonial exploration and exploitation included Africa in the 18th century, and a relic of those efforts is included in an auction in October.

A silver jeton issued in 1774, during the reign of Louis XV, connected to the Compagnie royale d’Afrique de Marseille (Royal African Company of Marseille), is among numerous lots in MDC Monaco’s Oct. 20 and 21 auction in Monaco.

The jeton features a laureled effigy of the monarch on the obverse and a scene from coastal Africa on the reverse.

The legend on the reverse, in Latin, roughly translates as “the riches of Africa are the wealth of Marseille,” an overt reference to the Company’s extraction of wealth from the colony.

The reverse shows a woman representing Africa, wearing an elephant’s head, sitting at right on a rock, facing the ships of Marseille and holding a cornucopia from which ears of wheat and coral branches emerge.

From the beginning of the 16th century, the Marseillais traded wheat and coral in the Barbary states and seas, according to the auction house.

Many companies were formed and succeeded each other, but the most important was the Royal African Company for the exploitation of French concessions in the Barbary states. Created in 1560, reorganized in 1597, dissolved in 1719 to be refounded in 1741, the company was finally abolished at the revolution.

Its trading posts in Algeria were La Calle (which was preferred, because of the climate, to the former Bastion de France), Bône and Le Collo; posts in Tunisia were Cap Nègre, Bizerte and Tabarque. The management had its headquarters in Marseille, where the Chamber of Commerce of the city was represented and shareholder. The main directors were Armény de Bénézet and Martin.

The company paid Algiers and Tunis considerable royalties for its concessions, in Spanish piastres that were sometimes difficult to obtain. The company wanted its own piastre, and trials were carried out in Aix-en-Provence in 1768.

The minister of the navy authorized their issuance, but the piastre striking never took place.

However, an authorization to mint these tokens at the Monnaie d’Aix-en-Provence is dated Nov. 29, 1773, by the Minister of Marine.

They were intended to be distributed to the assembly of directors of the company in Marseille in payment for their attendance, up to a maximum of 3,000 livres per year. 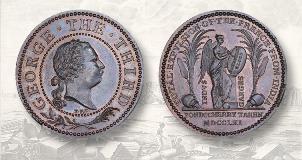 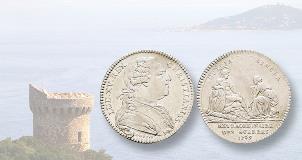 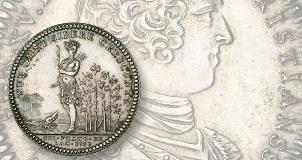