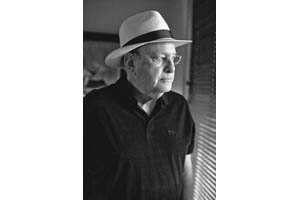 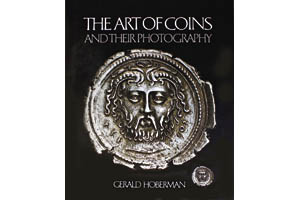 Hoberman is best known in the coin fraternity for the 1981 book The Art of Coins and Their Photography.
Previous
Next

Numismatic photographer and author Gerald Hoberman died in Cape Town, South Africa, on Dec. 21, 2013, after a battle with cancer.

Spink and Lund Humphries jointly published his pioneering work The Art of Coins and their Photography in 1981. Featuring 329 color images of coins from the earliest of times to the late 19th century, the book showcased what is arguably the finest coin photography ever produced.

Despite the advent of digital photography, Hoberman’s early photography of coins was still held in the highest regard. Along with the history of both coinage and the coins featured in the volume, some 50 pages were devoted to the technical aspects of photographing coins.

Born in Cape Town in 1943, he moved to London during the late 1960s to become a photographic apprentice. He later established a studio and photographic laboratory in the city’s Carnaby Street.

In 1973 he returned to South Africa to join his family’s coal distribution business, which he ran until it was sold in 1996.

He always found time to pursue his two hobbies — numismatics and photography. As well as collecting coins, he also wrote for numismatic publications.

In 1982, he photographed M.G. Hibbard’s collection for Boer War Tribute Medals, the definitive work on the subject.

Mr. Hoberman knew exactly what he wanted and went to extraordinary lengths to achieve it. Many people would have made do with an extremely good result, but he strove to achieve the ultimate par excellence.

When he “pitched” to undertake the photography for Hibbard’s book, he suggested that the volume would memorialize the collector for many years to come, so Hibbard may as well have the best images to illustrate the tome.

In 1994 Mr. Hoberman started to travel the world with his son Marc in a quest  to master wildlife photography, a challenge completely different from studio work.

In 1996, he established the imprint The Gerald Hoberman Collection, which soon published books of wildlife photography, establishing a new standard for quality and a global reputation for luxury. The publishing house’s logo is a drawing of the reverse of a Greek silver tetradrachm issued circa 360 B.C. at Barce in Cyrenaica (present-day Libya) featuring the facing head of Zeus Ammon.

Mr. Hoberman also produced a series of books of photos focused on individual cities throughout the world, starting with a volume about his birthplace. When Douglas Saville, then manager of Spink’s book department was shown the book Cape Town, he suggested that what had grown to be the Gerald and Marc Hoberman Collection could become the origin of a series on cities of the world.

The Hoberman imprint has published more than 75 “coffee table” titles.

Although published more than 30 years ago, The Art of Coins and Their Photography is still actively traded on the secondary market.

Mr. Hoberman has passed away, but his photographic books will serve as a memorial for many years.