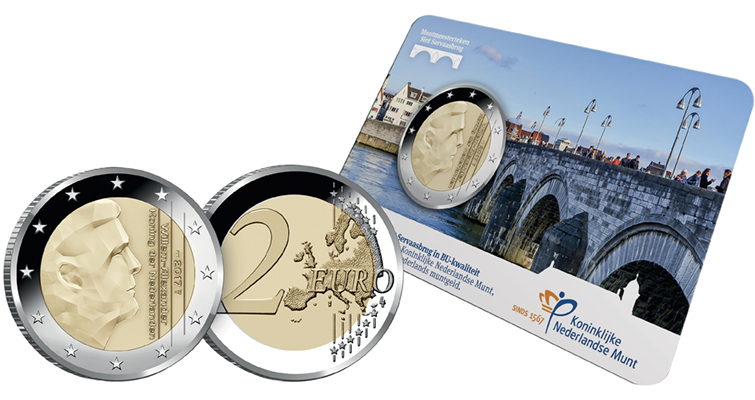 Stephan Satijn has chosen the oldest bridge in the Netherlands, the St. Servatius Bridge in Maastricht, as his emblem. 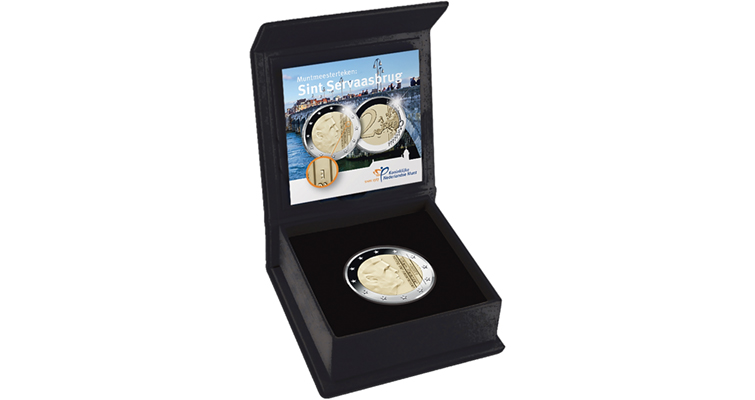 First €2 coin with the new Dutch mintmaster privy mark, the St. Servatius Bridge, was offered by the Royal Dutch Mint.

The appointment of the Royal Dutch Mint’s new mintmaster, Stephan Satijn, in September marks a significant change in Dutch coinage, as all coins and medals from the Netherlands will don a new privy mark to symbolize his tenure.

This tradition dates back hundreds of years but has been discontinued in most countries. In a tribute to his birth city, Satijn has chosen the oldest bridge in the Netherlands, the St. Servatius Bridge in Maastricht, as his emblem. The image also represents both the role of the mintmaster as a bridge builder and the connection between public and private now that the mint is privately owned. When the role of mintmaster is being filled on an interim basis, as seen over the past two years with interim appointees Kees Bruinsma and Ted Peters, a star is added to the old privy mark.

To commemorate Satijn's appointment, a limited amount of “transition sets” are being offered. These include coins with the new privy mark and the others that have been used since the departure of the last mintmaster, Maarten Brouwer, in 2015. Each transition set consists of five eight-coin sets in Brilliant Uncirculated and Proof quality. Two of the sets (in bold below) are only available in the transition sets, as they are not meant for circulation.

The sets offered were:

The regular ringed-bimetallic €2 coin with the St. Servatius Bridge privy mark was offered in a BU version in a coin card with a limited edition of 20,000 coins at an issue price of $17.50. A Proof issue was limited to 2,000 coins.

The Royal Dutch Mint ceased taking orders for the coins Oct. 30. Collectors seeking the coins will have to acquire them on the secondary market. For more information, visit their website.