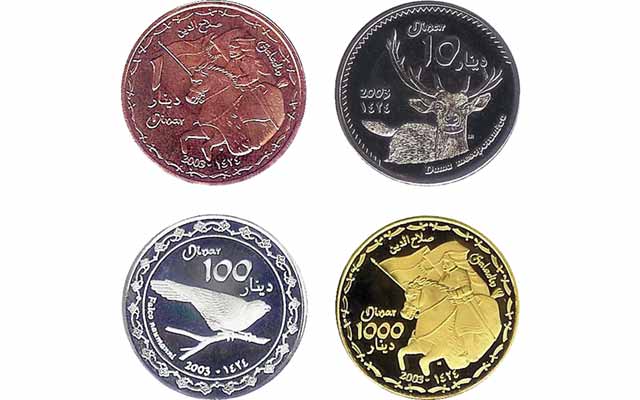 In 2004, a series of coins for Kurdistan was issued, in a range of denominations and metals. That is the first issue so far for this people without a recognized land, whose members live in several adjacent countries including Iraq and Turkey. 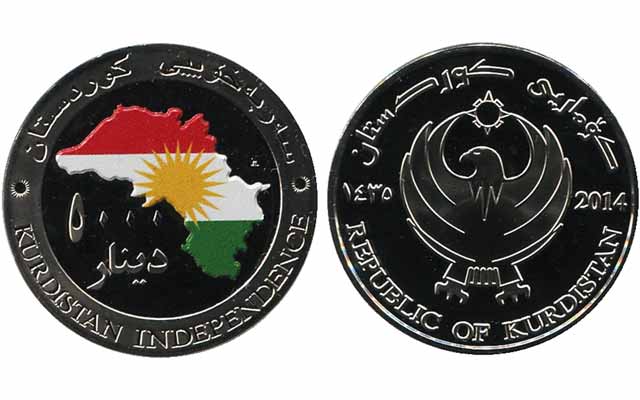 In 2014, a Kurdish coin was issued to mark a referendum that was canceled due to the rise in power of the terror group known as the Islamic State of Iraq and the Levant or ISIL, according to Anderson. This 5,000-dinar coin sports multiple colors.

Editor's note: this is the final part of a series by Jeff Starck exploring "coins" of unrecognized states. The feature appears in the August monthly issue of Coin World.

The Kurds are a very real ethnic group, most living in an area divided between Iraq, Turkey, Syria and Iran. Kurds have long been promised an independent homeland but realization of this dream has been thwarted several times. After World War I, land promised to Kurds was divided between Turkey and Iraq, not given to the Kurds.

After the Gulf War in 1991, Kurds in Iraq received a large degree of autonomy under United Nations provisions, even using a different Iraqi currency (the so-called Swiss dinar, so named in the mistaken belief the notes were printed in Switzerland) from what was used in the rest of Iraq.

With the 2003 fall of Saddam Hussein in Iraq, Kurdish groups in exile authorized the issuance of pieces for what they expected would be a new independent nation.

However, Turkey objected to an independent Kurdistan in Iraq, fearing Kurds in Turkey would also call for more autonomy, and even threatened invasion. Plans for an independent Kurdistan failed as a result, but circulation and error coins for the nation of Kurdistan were released anyway in 2004, with the intervention of American Joe Lang, a prolific issuer of fantasy pieces.

In 2014, a Kurdish coin was issued to mark a referendum that was canceled due to the rise in power of the terror group known as the Islamic State of Iraq and the Levant or ISIL, according to Anderson. This 5,000-dinar coin sports multiple colors.

Many issues exist from unrecognized states, too many to even glance at here.

One book that includes some of these issues is Unusual World Coins, by Colin R. Bruce II, now available in its sixth edition (2011).

The USNS website provides more information about issues from unrecognized states, and Anderson’s website is also a place to learn more about the states’ history.

The area is not necessarily popular with serious students of coinage history, but being serious isn’t the point — in most cases, it’s all about having fun with the hobby.