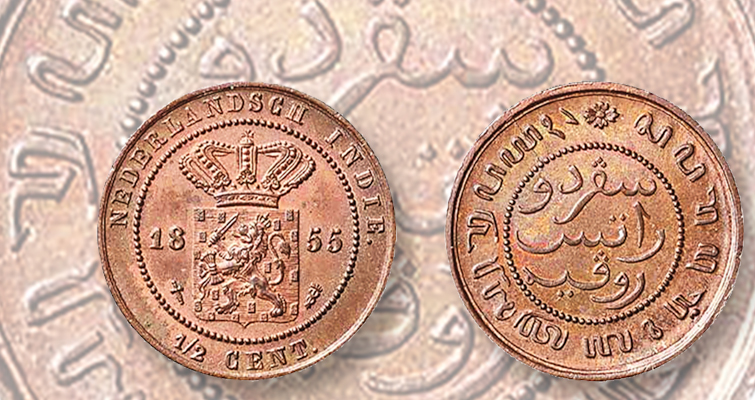 The coin had a €1,000 ($1,164 U.S.) estimate, and the buyer’s fee begins at 20 percent (depending on bidding method), so the coin, with what is essentially a design error, easily quadrupled its estimate.

Schulman notes the coin is one of fewer than six known examples of the error design (one word in Javanese on the reverse is incorrect).

In 1854, the Dutch East Indies began making changes to its silver coins, and in 1855 they began the production of the copper coins.

The copper coins, like the half cent, were made at an auxiliary location since the Utrecht Mint had reached capacity. The shift in production was also intended to save money.

Before full-scale production could occur, test strike examples were sent out for approval, but a misspelling on the reverse caused the issue to be abandoned. Most examples were recovered.

The coin, intended to be issued for King Willem II, depicts on its obverse the crowned national coat of arms splitting the year date, and underneath a legend indicating the value. Reverse inscriptions provide the denomination value in Malay and Javanese.

Schulman records suggest that four of the fewer than six known examples are available to the public. 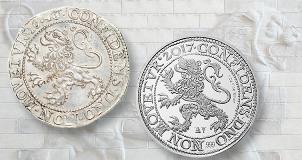