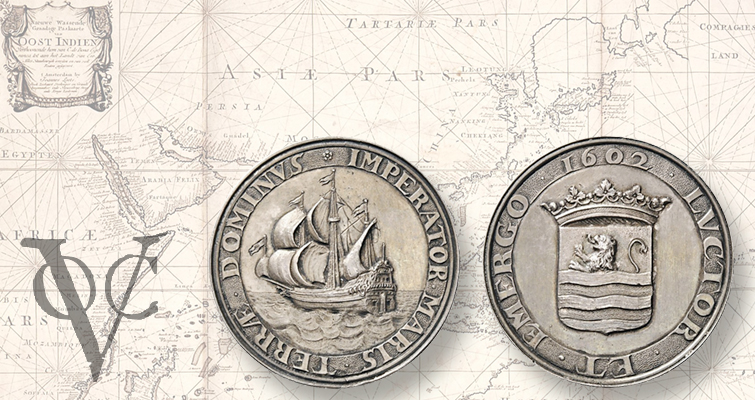 A cast silver medal dated 1602 and probably made around the 1660s celebrates the economic success of the Dutch East India Company. 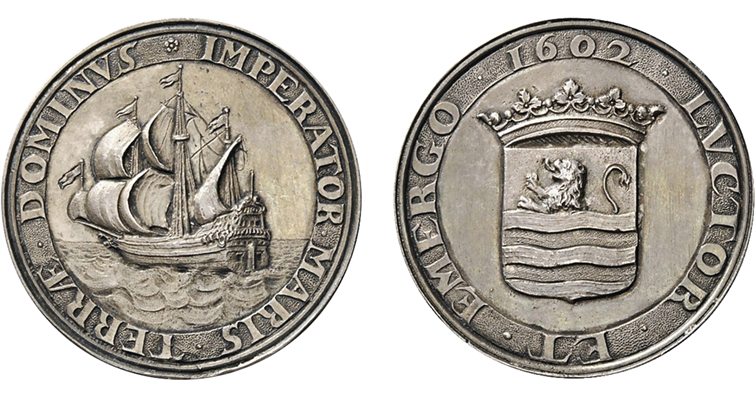 A cast silver medal dated 1602 and probably made around the 1660s celebrates the economic success of the Dutch East India Company.
Previous
Next

It is often considered to have been the first multinational corporation in the world and it was the first company to issue stock.

A 1602-dated medal in Nomos Ag’s May 22 auction (the firm’s 12th sale) recalls the splendor of the trading company’s heyday and the prosperous Dutch economy that resulted.

The silver medal is cast, and the auction house notes that there is “every impression of being a two part cast united by a rim,” suggesting that it is a historical re-creation that was made “during the great period of prosperity that reigned in the Netherlands after the Peace of Westphalia.” That would date the piece to around the 1660s.

The design marks the founding of the company, which was a combination of commercial organizations in cities in the provinces of Holland and Zeeland. The VOC traded both in Asia and between Asia and Europe. It was the first public company to issue negotiable shares and it developed into one of the biggest and most powerful trading and shipping concerns. It exercised quasi-governmental powers, including the ability to wage war, imprison and execute convicts, negotiate treaties, strike its own coins, and establish colonies.

The obverse of the medal depicts a sailing vessel typical of the style used for the trade and the reverse bears the arms of Zeeland, base to the company.

The medal includes legends highlighting its dominance — the obverse legend translates to “ruler of the sea, lord of the land” and the reverse legend means “struggle and rise from the waves.”

The medal measures 61 millimeters in diameter and weighs 68.38 grams. It has evidence of after-cast working and polished fields that are typical to cast medals.

Described in the catalog as “Apparently very rare, and most attractively toned,” the Extremely Fine medal has an estimate of 1,750 Swiss francs (about $1,800 U.S.). 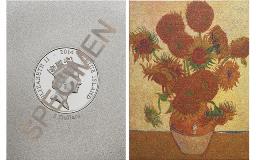 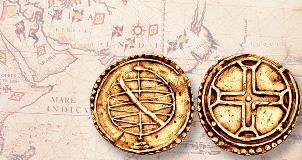