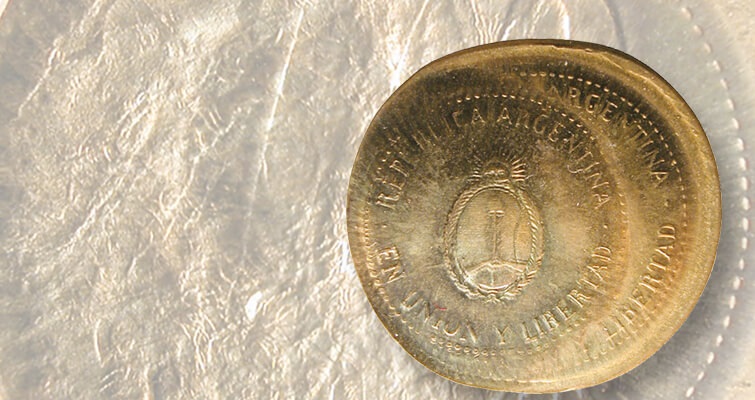 This Argentina 1994 10-centavo coin was struck out-of-collar on both strikes. The first strike was unobstructed on both sides, but in the second strike only the obverse, shown at right here, was unobstructed. Click on the image to see what happened to the reverse. 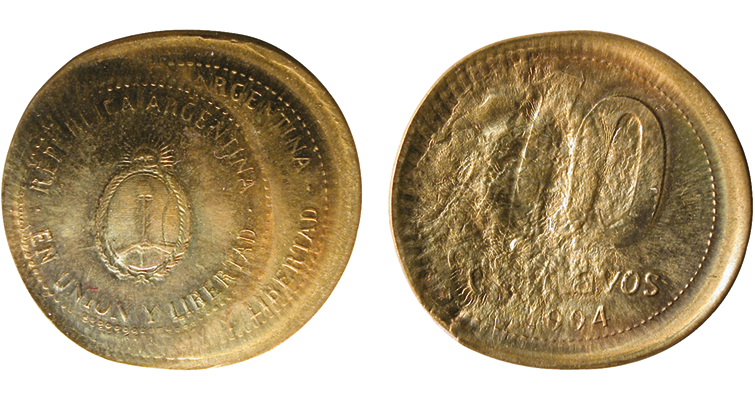 This Argentina 1994 10-centavo coin was struck out-of-collar on both strikes. The first strike was unobstructed, while the reverse face of the second strike was almost completely obstructed, probably by a large floating encrustation. 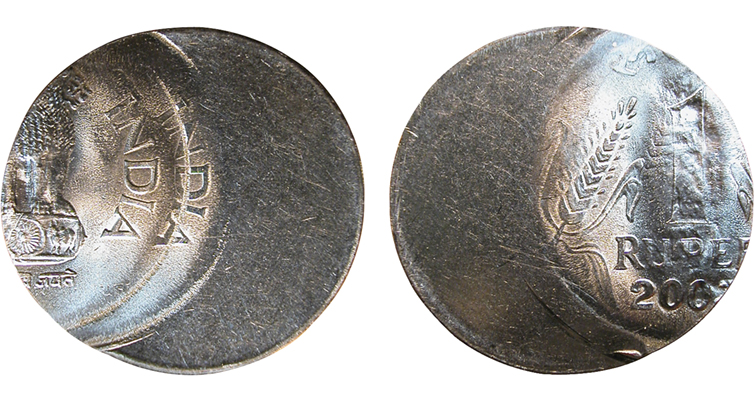 This India 2003 1-rupee coin received an unobstructed off-center first strike. A second off-center strike was fully obstructed on the reverse face by a relatively soft layer of foreign matter.

As a die strikes thousands of coins, it can slowly become encrusted by a combination of lubricant, dirt, and metal dust. This hardened plaque is called “grease” or “die fill” by error collectors. Die fill usually stays in place, producing a common form of “struck-through” error called a “grease strike.” Pieces of this material will sometimes break off, producing nondescript struck-through errors as well as more exotic forms, such as multi-element dropped fillings (Collectors’ Clearinghouse April 19, 2010).

Other encrustations can form in the bowels of the press. Any lubricated joint or surface will be a magnet for dust and dirt. This grime can accumulate and stiffen over time. Pieces can fall out and wind up inside the striking chamber. Take off the housing of any poorly maintained drill press or band saw and you’ll see lots of caked-on grime.

If a coin is struck once, and there is no associated error progression to attest to the stability of the deposit, then there is no practical way to tell whether an encrustation was affixed to the die or if it was a sudden intruder. However, if a coin is struck twice by the same die pair, with the first strike unobstructed and the second strike partially or fully obstructed, then it is reasonable to conclude that the encrustation was rattling around the press before the strike.

An example of a second strike obstructed by what appears to be a floating encrustation is seen on the reverse face of an Argentina 1994 10-centavo coin. The reverse design of the second strike (struck by the hammer die) was almost completely obscured by a coarsely textured substance of uneven thickness. The foreign matter was softer than die steel, which facilitated preservation of most first-strike details while preventing nearly all second-strike details from emerging. Flattened first-strike elements retain their original sharp borders, indicating that the first strike was unobstructed. The only recognizable interior second-strike element is the C of CENTAVOS; here the layer must have been thinner than elsewhere. The outer margin of the struck-through area thins out and is indistinct.

The modest separation and lack of rotation between the two strikes establishes that the same die pair was responsible for both strikes.

A very similar effect is seen on our second coin, a 2003 1-rupee coin of India that received two off-center strikes. The more medially positioned first strike was unobstructed on both faces while the reverse face of the second strike (struck by the anvil die) was completely obstructed. The obstructing matter seems to have been relatively soft, as all of the first-strike elements are fully intact, with just a little flattening toward the center of the design. At the same time, the obstructing layer blocked all but a faint ghost of the left wheat ear from emerging. The periphery of the obstructing layer was smoother and a bit thinner than the central portion; this left the center of the design recessed, with a slightly lumpy topography.

The minimal design flattening, uneven topography, and variable texture of coin’s surface seem incompatible with a conventional uniface strike against another stainless steel 1-rupee planchet. It seems more likely that a large chunk of caked-on grime broke away and somehow wound up between the coin and the anvil die. The dollop of crud would have been flattened out by the strike so as to resemble a disc-like object.

These two coins lead me to suspect that some conventional-looking grease strikes are not actually produced by a die face coated with die fill. Instead, they may be the result of grime deposits falling from the guts of the press and onto the planchet or anvil die. In a similar vein, some coatings of die fill may have started out as pieces of crud that dropped out of the press and into the striking chamber where they were later picked up and further compacted by the die. 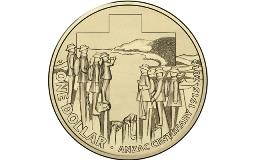 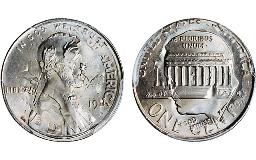