Dinosaur egg coin from Canada glows in the dark 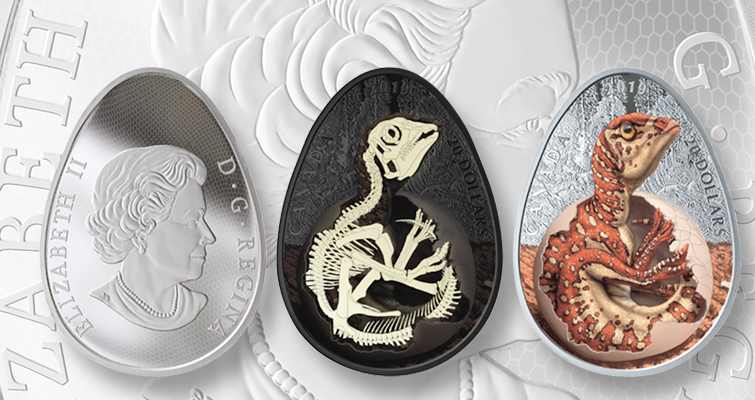 Canada is home to one of North America’s largest dinosaur nesting sites, at Devil’s Coulee, in southern Alberta, which was discovered in 1987.

There, paleontologists from the Royal Tyrrell Museum unearthed the fossilized remains of Hypacrosaurus stebingeri nests, eggs, even embryos — a rare find for a species that roamed the land 75 million years ago.

The Royal Canadian Mint celebrates the dinosaur type found in 1987 on an egg-shaped coin with glow-in-the-dark features.

Designed by Julius T. Csotonyi, the coin has been reviewed for scientific accuracy by paleontologists at the Royal Tyrrell Museum of Palaeontology in Drumheller, Alberta.

The reverse of the coin features a colored rendering of a young duckbill (Hypacrosaurus stebingeri), as it may have appeared 75 million years ago. The hatchling emerges from its egg against an engraved prehistoric landscape of evergreens, conifers, shrubs and low plants.

The Hypacrosaurus’ uniquely shaped beak is viewed in right side profile as the hatchling looks up; it does not yet have the bony crest that is a distinctive feature of the adult Hypacrosaurus.

When activated, glow-in-the-dark technology reveals a hidden image: the skeleton of the young Hypacrosaurus stebingeri.

The coin weighs 31.82 grams, measures 33 millimeters wide (at its widest point) and is 45 millimeters tall.

The coin has now sold out and is available on the secondary market at a premium. 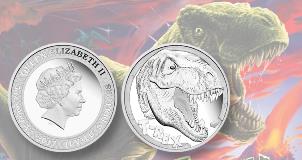 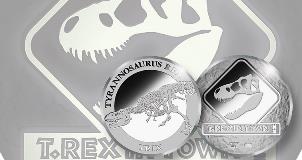