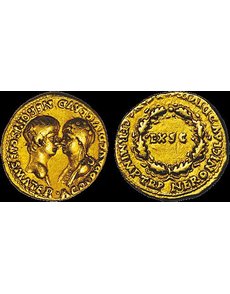 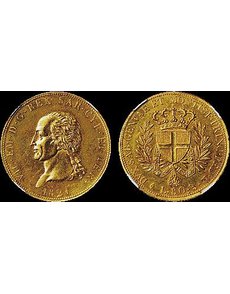 Russia’s famous 1836 “Family Ruble” silver 1.5-ruble coin honoring the family of Czar Nicholas I, is perhaps the highlight of the first sale from the Demarete Collection. 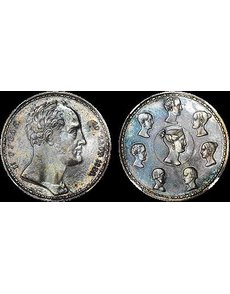 The Demarete Collection is the main highlight of the auction, which offers two live sessions of world paper money, ancient coins, world gold, world crowns and world minor coins, on Aug. 8 and 10.

The Demarete Collection is “one of the most diverse properties we have had the pleasure of handling in some time, was assembled over the course of the 1930’s to the 1970’s, by a family of devoted numismatic scholars,” according to the auction house, which would not identify the family by name.

The collection was begun in Europe prior to World War II, and when the Nazi regime spread, the family fled the horrors to the United States. “Once here, the family began an impressive numismatic career that included working for several major numismatic firms and as curators of important numismatic collections,” according to Stack’s Bowers and Ponterio.

The family chose Stack’s because it formed a very close working relationship with the Stack family over the years, according to the auction firm.

Extensive collections of ancient Greek and Roman coins were formed, and books written on the subject, based on their collection. Also of interest was a wide range of modern world coins (post 1600), in generally very high quality

Highlights of Roman and post-1600 world coins from the Demarete Collection are scattered throughout the auction, which also includes properties from other unnamed consignments.

As the auction firm notes, the collection builders are known to the hobby through their authorship and curation, and an affinity for Roman coins.

A highlight from the Roman collection is the October to December A.D. 56 gold aureus of Emperor Nero.

Struck at the Rome Mint, the coin famously features the bust of Nero and his mother, Agrippina. The coin type was issued shortly after the death of Agrippina’s husband — emperor Claudius, the adoptive stepfather to Nero.

The rarity is famous in the annals of ancient coins because of the soap opera saga that the design recalls: “Some historians believe Agrippina herself poisoned Claudius in order to set her son up as emperor,” the auction catalog details. “However, murder seemed to be a family trait as Nero would have his own mother disposed of some five years later.”

Assassinating Agrippina required several attempts, including poison, a mechanical ceiling in her residence intended to crush her and a boat with a collapsible bottom intended to drown her at sea, according to the catalog. Ultimately, though, Nero sent an assassin to kill her while making it appear as a suicide. Her reported last words — “smite my womb” — represent a realization that her womb “gave birth to such an abomination of a son,” the catalog relates.

The coin is listed as Very Fine with “small unobtrusive scrapes on the center of the reverse”; it has a pre-sale estimate of $5,000 to $7,000.

Another area of interest for the assemblers of the collection, was modern world coins (those pieces issued post 1600), and this is the strongest area of the auction.

Two highlights represent the diversity and rarity among pieces in the collection.

An 1821-L gold 80-lira coin issued by King Vittorio Emanuele I in 1821 for the Kingdom of Sardinia is a one-year type. The coin has a mintage of only 965 pieces and is cataloged as Friedberg-1130 in Gold Coins of the World by Arthur L. and Ira S. Friedberg.

Another highlight, from the Russian section, is the 1836 “Family Ruble” silver 1.5-ruble coin.

The famous Russian rarity is an adaptation of an 1828 Bavarian “Blessings from Heaven” taler, and several slight variations were created before the design pleased Czar Nicholas I.

This example features the second design, which gave the czarina (Alexandra Feodorovna, Charlotte of Prussia) a makeover so she wouldn’t have a double chin and look so much like her mother-in-law.

The circle medallions surrounding the seven children were also removed from the reverse.

The first pair of dies with this design broke after striking 50 coins, which forced the preparation of new dies (and which ultimately resulted in an inherently different design from this version).

The example in the Stack’s Bowers and Ponterio auction has “a few light unobtrusive scratches at the base of” Czar Nicholas’ neck and “attractive cobalt blue toning.”

Further selections of the Demarete Collection are slated to be sold during the firm’s November 2012 Baltimore auction and the 2013 New York International Numismatic Convention sale.

“Once this collection is sold, it will join the ranks of the greatest collections of world coins offered at auction,” according to the auction house. ¦