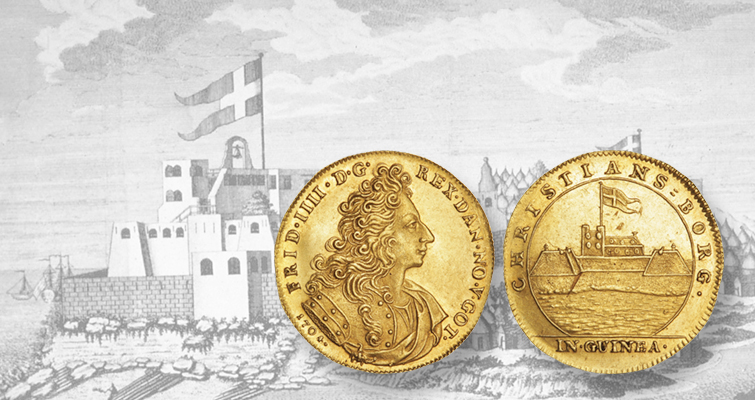 In a study of European colonization around the globe, and of Africa in particular, the efforts of the British, French and Germans become quickly obvious.

The exploits of the Danish foray into Africa, however, might get overlooked.

A rare gold coin in Bruun Rasmussen Auctioneer’s May 9 auction is a reminder of the Danish efforts of colonialization in what is now Ghana.

The Danish Gold Coast is a collective name for the African Gold Coast colonies that Denmark and Norway controlled (roughly, present-day southeast Ghana).

The nations colonized the area under indirect rule by the Danish West India Company (a chartered company) and later as a crown colony of the kingdom of Denmark-Norway.

The Danish West India-Guinea Com­pany administered the settlements of Fort Christiansborg and Carlsborg (Cape Castle) from 1674 to 1755, covering the period under which this rare gold coin was issued.

The 1704 double ducat shows Danish King Frederik IV on the obverse, and the fortress of Christiansborg in Guinea on the reverse. The fort now serves as the center of Ghana’s government.

The coin was struck in Copenhagen for use in the colony.

It is cataloged as Friedberg 243 by Gold Coins of the World by Arthur L. and Ira S. Friedberg. 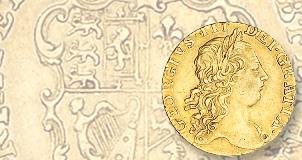