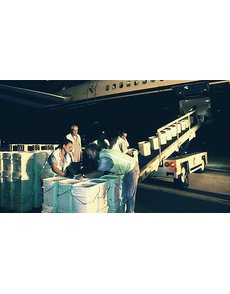 Odyssey Marine unloads coins in 2007 recovered from a shipwreck it codenamed “Black Swan.” A U.S. Court of Appeals has upheld a lower court ruling ordering the firm to return the coins to Spain. 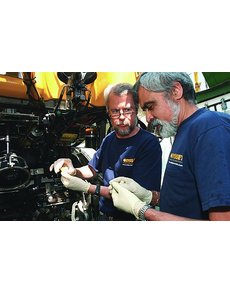 A three-judge panel at the United States Court of Appeals for the Eleventh Circuit in Atlanta has ruled against Odyssey Marine Exploration Inc. in its long-running quest to keep the remains of a 19th century Spanish vessel it codenamed the “Black Swan.”

The three-judge panel heard oral arguments in the case on May 24.

The shipwreck was found off the coast of Portugal, and Odyssey, based in Tampa, Fla., announced the discovery on May 18, 2007. Subsequently, the Kingdom of Spain, the Republic of Peru and 25 individuals filed ownership claims against the discovery, with Spain contending that the “Black Swan” was a Spanish warship that sank in 1804, the Nuestra Senora de las Mercedes.

The appeals court agreed with the lower courts that there was sufficient evidence to establish that the “Black Swan” shipwreck was the Mercedes for purposes of sovereign immunity by looking at the ship in a larger, contemporary historical context.

On June 3, 2009, a Florida magistrate judge issued a report concluding that the “Black Swan” was the Mercedes and as such, was Spanish property.

The magistrate judge further found that under the Foreign Sovereign Immunities Act of 1976, the court was without jurisdiction to decide on salvage and possessory claims and recommended that the district judge grant Spain’s motion to dismiss and direct Odyssey to return the shipwreck to Spain. The district court adopted the magistrate judge’s report and recommendation in full on Dec. 22, 2009, dismissing Odyssey’s amended complaint for lack of subject matter jurisdiction and ordering the ship’s return to Spain.

The United States filed a Statement of Interest in support of Spain, stating that it had a treaty obligation to afford sunken Spanish warships the same protections and immunities from implied abandonment and uncontested access and salvage as a sunken U.S. warship would receive in U.S. courts.

On appeal, Odyssey, along with Peru and the 25 individual claimants who had an interest in the cargo aboard the vessel, argued that the district court erred by failing to use the proper summary judgment standard and by failing to conduct an oral evidentiary hearing before ruling on the motion to dismiss. The parties also continued to contend that the district court erred in finding that the “Black Swan” was the Mercedes and that as such it is entitled to sovereign immunity.

Judge Susan Harrell Black wrote the 54-page decision on behalf of the three-judge panel, finding that proper procedures were followed and the correct standards were applied in adjusting the case and that the lower courts were correct in ordering the ship to Spain’s custody.

The Mercedes set sail for Lima, Peru, on Feb. 27, 1803, and arrived on Aug. 7, 1803. There, it took on property of Spanish citizens and other items, including approximately 900,000 silver pesos, 5,809 gold pesos and almost 2,000 copper and tin ingots. Also taken on board were two obsolete bronze cannons for return to Spain.

Because of hostilities between France and Great Britain, the Mercedes’ departure was delayed until March 31, 1804. On Oct. 5, 1804, the Royal British Navy intercepted the Spanish squadron including the Mercedes, and informed the Spanish that it had orders to detain the ships and take them to England. The Spanish refused the order and battle ensued. Just minutes after the battle began, the Mercedes exploded. Partly as a consequence of this battle, Spain declared war against Great Britain and entered into the Napoleonic Wars as an ally of France.

The court found that the “Black Swan” was found within the zone Spain had plotted as the likeliest area of attack, and that no other naval vessel matching the Mercedes’ type sank in the zone during the time period. The objects found at the site were consistent with a vessel that exploded at the surfaces and the coins found were minted almost exclusively in Lima and Bolivia no later than 1804. The cannons matched the types that would be found on the ship, including the obsolete type that was sent to be recycled.

While Odyssey argued that it had only recovered 595,000 coins and 33 to 50 cannons, the court found that argument unconvincing, noting, “The failure to fully recover all artifacts carried by the Mercedes is understandable considering the Mercedes exploded at the surfaces, sank 1,100 meters, scattered over a large area, and has been sitting on the ocean floor for more than 200 years.”

The court also rejected Odyssey’s argument that the Mercedes was serving in a commercial capacity and is not entitled to sovereign immunity, finding that at the time it sank, the Mercedes was a Spanish Navy vessel under the command of a Spanish Navy captain. While the court acknowledged that the Mercedes did transport private cargo for a charge, the transport was of a sovereign nature as providing protection and safe passage of Spaniards’ property was a military function of the Spanish Navy, especially in times of war.

Further, the court found the cargo aboard the Mercedes not severable from the Mercedes itself, while recognizing that “no party has pointed us to any case or statute that directly answers the question of whether cargo aboard a sunken military vessel is entitled to the same sovereign immunity as the sunken vessel.” The United States considers the cargo of a shipwrecked U.S. military vessel part of the shipwreck and it is given the same immunities as the shipwreck.

On Sept. 21, Odyssey announced that it would request a hearing before all Eleventh Circuit Court of Appeals judges. Melinda MacConnell, Odyssey’s vice president and general counsel stated that while Odyssey was disappointed by the ruling, “We believe the U.S. Constitution and all other applicable laws give jurisdiction to the U.S. courts to determine the rights of Odyssey, Spain and all other claimants in this case. Furthermore, we believe this ruling contradicts other Eleventh Circuit and Supreme Court opinions.” ■