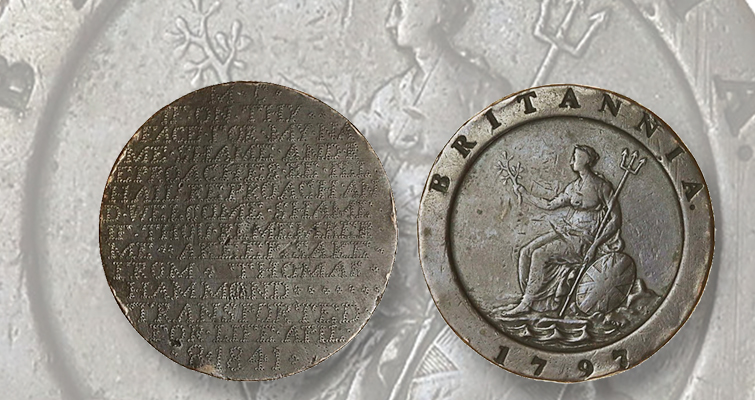 The trend of carving coins into love tokens may have hit its zenith during the last quarter of the 19th century, but the custom has earlier roots.

Though usually carved on diminutive coins like a silver dime, love tokens are occasionally found on larger coins.

Spink on July 5 will auction a convict love token, carved from an example of the 1797 2-ounce Cartwheel twopence from Britain. The whopper of a token was created by Thomas Hammond, who was sent to Australia in 1841 for stealing £1.10, coal, spoons and bacon.

The reverse carries the standard depiction of Britannia.

Hammond was born in Worcestershire in 1814, and worked as a carpet weaver at Kidderminster. Described as having dark brown hair, a long face, and a fresh complexion, in April 1841 at the age of 27 he was convicted, being deported on Aug. 30, 1841.

Hammond is listed as being single, but clearly he was leaving a loved one behind. The recipient of this love token is referred to simply as “M.C.,” and although her identity might never come to light, Hammond clearly took pains to keep the memory of their relationship alive. As well as giving her this twopence love token, he had a tattoo on his right arm, a man and a woman with heart and arrows and the word “farewell,” as well as rings on the little fingers of both hands, according to Spink.

He spent some time in Tasmania, and later moved twice across the young Australia, before receiving his ticket of leave on May 28, 1850 (which was revoked on Oct. 1, 1850, before being restored Sept. 23, 1851). He finally received a conditional pardon on June 14, 1853, allowing him to travel anywhere in the colonies except England, where his original offence had been committed.

The token is in Extremely Fine condition, the catalog description states, and is accompanied by copies of court documents and an additional Cartwheel twopence coin of 1797 for comparison. 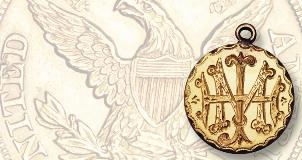 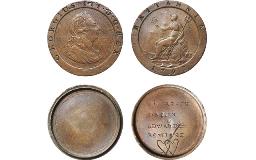