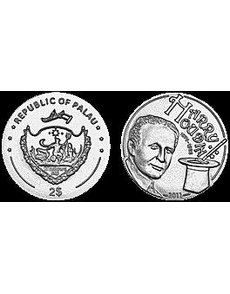 Together with his family he immigrated to the United States at the age of 4. Magic fascinated him even when he was a child. In his youth he read a book about the life of the French magician Jean Eugène Robert-Houdin. This work impressed him so much that he decided to earn his living with magic. From then on, in honor of his idol, he called himself Harry Houdini.

Until he achieved his first successes, he had to appear in traveling circuses and smaller shows for several years.

Houdini succeeded his breakthrough when he performed escapology tricks such as the release from police handcuffs. He enhanced his performances with spectacular performances such as winding out of strait jackets and chains, and escaping out of closed underwater cages. At the age of nearly 40 the magician was one of the best-known artists in the United States of America.

In the final years of his life he claimed he was able to withstand every punch to his stomach unscathed by tensioning his muscles. On Oct. 22, 1926, a student applied a number of punches to Houdini’s midsection. Apparently Houdini had not enough time to prepare himself for the blows. The escapologist had already suffered strong abdominal pains for days before, which thereby became worse. On Oct. 31, 1926, Houdini died as a result of a burst appendix.

The coins, which were issued by the private firm Coin Invest Trust, feature the same design, except for the denomination, which is displayed on the obverse with Palau’s coat of arms.

An image of Houdini appears on the reverse, along with his top hat, wand and stars, his name and the years of his life.

Both coins measure 22 millimeters in diameter and have an antique patinated Brilliant Uncirculated finish.

The distributor Coin & Currency Institute has the coins, the dollar coin for $34.50 and the silver coin $46.75.