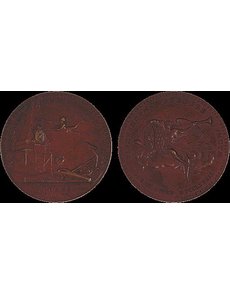 In 1905 the Holland Society of New York issued replicas of a famous 18th century medal that celebrated the friendship between the Netherlands and the United States. 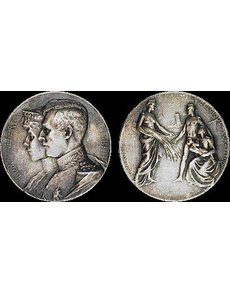 The text of this 1914 medal from Belgium references “American Generosity” and “Belgian Gratitude.” The United States helped rebuild Belgium after World War I. 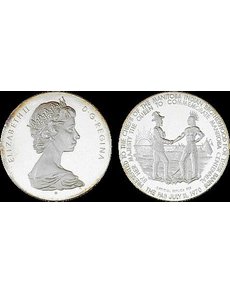 In 1970 Queen Elizabeth II gave 57 10-ounce silver peace medals to the chiefs of the Manitoba Brotherhood as a “token of friendship.” Smaller versions were sold to the public. 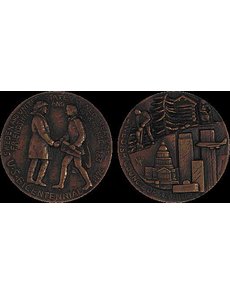 During America’s Bicentennial in 1976, the Swedish Council of America issued a handsome high relief bronze medal to celebrate Swedish-American ties. 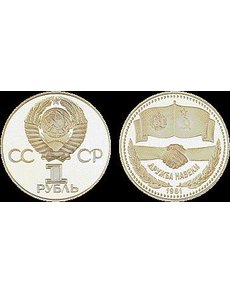 The same reverse dies used to create this 1981 Soviet ruble were also used to strike the 1981 Bulgarian 1-lev coin. Bulgarians now refer to that pre-1989 period as the “Soviet Occupation.” 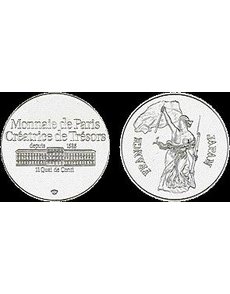 The contact resulting from an 1858 treaty helped Japan modernize and influenced artistic expression in France. This 1889 medal celebrates the ongoing friendship. 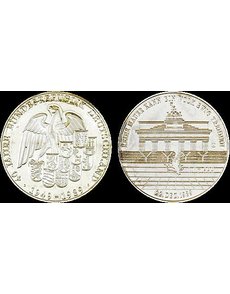 In 1989, the reunification of Germany was an international party. This medal was struck in Germany to commemorate the friendship begun anew. 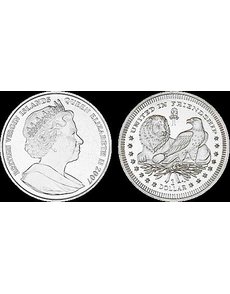 The British Virgin Islands, a British settlement, issued a commemorative coin in 2007 on the 400th anniversary of the founding of Jamestown, Va., America’s first permanent British settlement. The design includes the British lion and the American eagle.

In social media shorthand, BFF stands for “Best Friends Forever.” For many of the nations of the world, a better abbreviation might be BFT (Best Friends Temporarily).

Historically, one of the most popular ways to solidify a newfound alliance is through the striking of commemorative coins and medals. Nations issue these to commemorate treaties, celebrate cooperation in joint ventures, show gratitude, and to further political ties of all kinds. From sports festivals to national reunifications, so many BFT pieces have been made in the last five centuries, one could build a large topical collection around this theme alone.

One of the oldest groups within this topic is the Indian peace medal, given by representatives of European powers to native chiefs in North and South America beginning in the 1500s. Friendship themes would be added to these tokens of cooperation later on. Some of the First Nations chiefs’ medals or treaty medals, as they are referred to in Canada, show handshakes, a symbol also found on many U.S. presidential Indian peace medals.

In 1970 Queen Elizabeth II personally gave 57 10-ounce silver peace medals to the chiefs of the Manitoba Brotherhood as a “token of friendship.” The medallic scene shows a government negotiator shaking hands with a First Nations chief. Smaller silver replicas were sold to the public to celebrate the royal visit.

When a nation struggles to be free, symbols of formal recognition from established countries are valuable gifts. The Netherlands was the second nation to formally recognize American independence, and also the second with whom the United States made a treaty of commerce and navigation.

A medal was struck in 1782 to celebrate this friendship treaty, and in 1905 the Holland Society of New York made replicas of it to celebrate the ongoing relationship. The obverse displays the Amsterdam coat of arms and the reverse, an image of Fame riding a cloud and bearing the arms of both nations.

Even though Belgium was neutral during World War I, Germany invaded, occupied and caused great suffering there. The help of the United States during and after the Great War was commemorated with a 1914 medal that shows America as a draped figure offering grain. Belgium is the hungry family accepting it. The text in French makes note of “American Generosity” and “Belgian Gratitude.”

America’s Bicentennial in 1976 was a year-long feast of new coin and medal designs from around the world. One interesting example from the Swedish Council of America is a handsome high relief bronze medal. In also celebrates the friendship and commerce treaty signed between Sweden and the United States in 1783. The reverse illustrates America’s past and present, from log cabins to skyscrapers.

A treaty in 1858 between France and Japan had a surprising impact on both nations. The contact that resulted from it helped Japan modernize and influenced artistic expression in France. That treaty signing is regularly commemorated in both nations. A 1989 medal from the Paris Mint honored French-Japanese ties with a reproduction of the famous Delacroix painting, Liberty Leading the People.

Sometimes, a friendship coin celebrates a political alliance that only one side wants. An excellent example of this can be found in the 1981 1-ruble coin from Russia and its “die twin,” the 1981 1-lev coin from Bulgaria.

The handshake in the design may as well be encircled with handcuffs. After the fall of the Bulgarian totalitarian regime in 1989 and the end of what is now referred to in Bulgaria as “the Soviet occupation,” many of the monuments built to glorify Soviet-Bulgarian friendship were abandoned, vandalized or dismantled. This 1981 coin is a remnant of a friendship that was more fantasy than reality.

By contrast, when East and West Germany became friends again, the feelings were genuine. The whole world witnessed the joy of the reunification commemorated by a 1989 silver medal. After 40 years, the two became one nation. Even with all the challenges that ensued, Germany has thrived.

British Virgin Islands is numismatically unique. An independent nation that uses U.S. currency in everyday transactions, it is also part of the Commonwealth and Queen Elizabeth II graces the obverse of its coins. The design of their Jamestown $10 coin includes the British lion, the American eagle and the text united in friendship. ¦