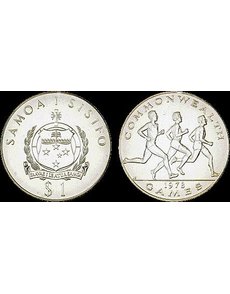 Running enjoys a greater number of participants than any other sports-related activity. This 1978 Samoa dollar shows a group of runners, joggers or marathoners. 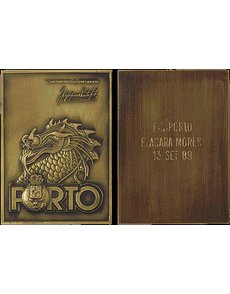 A medal from the Football Club of Portugal recounts the 1989 European Cup match between FC Porto, symbolized by a dragon, and the Romanian team, Flacara Moreni. 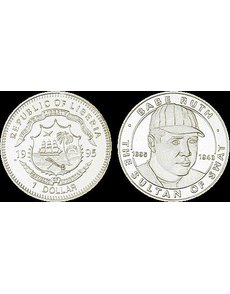 The “Sultan of Swat,” George Herman “Babe” Ruth, is commemorated on a Liberian dollar coin of 1995, on the centennial of his birth. 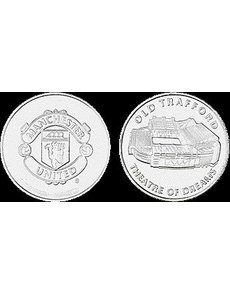 The home stadium of the world’s most popular and valuable sports franchise, Manchester United Football, was honored on this 1997 medal struck by the Royal Mint. 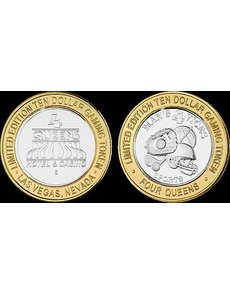 A $10 gaming token from Las Vegas Four Queens Casino pictures one of four vices — sports. Other vices in the series are wine, cards and horses. This clad version lacks the legend “.999 silver.” 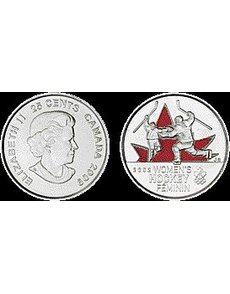 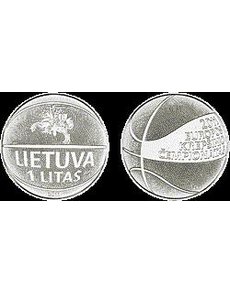 The clever design of this Lithuanian coin, which resembles a basketball, commemorates EuroBasket 2011, the 37th annual Men’s European Basketball Championship. 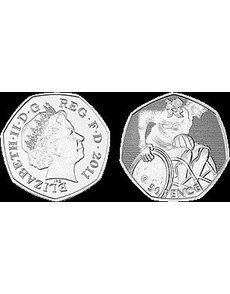 Based solely on the number of fans, gridiron is the most popular sport in the United States. You may know it by its other name: “football.”

The other “football” — called “soccer” in America — is the world’s most popular sport. Measured by financial value and the amount of revenue generated, the Dallas Cowboys are the most valuable sports franchise domestically; worldwide, however, it is a British football organization that’s ranked number one.

Manchester United Football is called the “World’s Team” just as the Dallas Cowboys have long been nicknamed “America’s Team.” The Manchester “Red Devils” are treated like rock stars wherever they tour, with an estimated 333 million member fan base. This exceeds the entire population of the United States by 20 million.

Built in 1910, the home stadium of the Red Devils is called Old Trafford. It is as beloved as America’s Wrigley Field or Yankee Stadium. German raids reduced Old Trafford to rubble in 1941 but didn’t even dent the nation’s love of their “Theatre of Dreams,” which was reconstructed after the war. The Royal Mint issued an Old Trafford Stadium commemorative medal in 1997.

World coins and medals by the millions have been struck to honor football and a few are quite elaborate. A rectangular dragon medal issued in 1989 and signed “greetings/compliments of the president” celebrated a European Cup win. That year, FC Porto, a Portuguese team symbolized by a dragon, triumphed over Flacara Moreni, the Romanian challenger.

The American export of basketball is ranked ninth on the list of the world’s most popular sports, but is climbing fast. One reason is space — you don’t need a large, open field; a driveway or alley will do nicely.

Baseball, a sport also known as “America’s Pastime,” is enjoyed the world over — a fact that the nation of Liberia recognized in 1995. Liberia’s commemorative dollar of that year celebrated the 100th anniversary of the birth of George Herman “Babe” Ruth, the legendary New York Yankee hitter.

Ice hockey fans in Canada are extremely devoted to their sport, both the men’s and women’s teams. Organized women’s hockey has been around since the 1890s. Canada has issued many sports coins including several different mint-colorized circulating commemoratives. A 2009-issued Canadian 25-cent coin honors the 2002 Women’s Hockey team. Among the team’s many accomplishments was winning the gold medal at the 2002 Winter Olympics in Utah.

What began life in Canada in 1977 as “Murderball” is now referred to as quad rugby in the United States and wheelchair rugby by the rest of the world. It is a prime example of a hybrid sport, this one being derived from ice hockey, basketball, handball and rugby. Unlike wheelchair basketball, played by people with paraplegia, this sport is designed for people with quadriplegia — technically, damage or loss of function in all four limbs — who have some loss of function in at least three limbs. It is a fast-paced, full-contact sport played in 24 different nations consisting of teams with a combination of male and female players. In 2011, the United Kingdom honored the sport with a 50-pence coin.

Ringed-bimetallic gaming tokens, nicknamed silver strikes by collectors, are issued by casinos in limited editions mainly as advertising instruments. Few, if any, casino machines continue to accept these large tokens. In 2006, the Four Queens Casino in Las Vegas created a series of gaming tokens with the theme “The Four Vices.” They decided these should include wine, cards, horses and sports. The multi-sport gaming ringed-bimetallic $10 tokens are available in a clad version and as one having a 99 percent pure silver center.

There is more than one way to define “popular.” If you set aside the fans and look at participation alone, the world’s most popular sport is, and always has been, running. Humans do not begin life as runners, and seldom end our life spans as such, but in between, we love to run. Fast or slow, whether for competition or exercise, we put one foot in front of the other. A 1978 Samoa dollar captures the joy of running. ¦