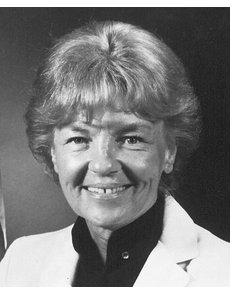 When Coin World Editor Margo Russell said, “We’ve got a project to do,” on the afternoon of March 2, 1981, I assumed it pertained to a story or photos for the upcoming March 18 issue of Coin World on which we had begun to work.

She motioned, “Let’s talk in my office.” I stepped into her office and she followed and closed the door. “We can’t talk about this around the other staff for a while.”

“That was Donna Pope on the phone,” Margo said. The name had a familiar ring to it, but I could not place it or relate it to coins.

Before joining Coin World, I had been news editor of the daily newspaper in Sidney, Ohio, and one of my responsibilities had been to select and edit stories from the wire services for publication.

“She’s under consideration to be the next director of the United States Mint,” Margo explained. “Mint director is a presidential appointment, you know.”

Bingo. That Donna Pope. She was minority whip in the Ohio Legislature and had been co-chair of the recent Ohio Reagan campaign. She had crisscrossed the state campaigning for Ronald Reagan for president for more than a year and also headed the Ohio delegation at the 1980 national Republican convention, where he was nominated.

Angela Bay Buchanan, Reagan’s newly appointed treasurer of the United States, had called Mrs. Pope at her home in Parma, Ohio, to ask if she would be interested in being the next Mint director and serving in the Reagan administration. In a recent telephone conversation, Mrs. Pope recalled, “I knew the U.S. Mint made coins. But I didn’t have the slightest idea what the Mint director did.”

Before heading off to Washington for a follow-up, in-person interview with the treasurer, Mrs. Pope decided she needed a crash-course on the U.S. Mint and the duties and responsibilities of the director. She asked her police officer husband to stop by the local library on his way home from work and pick up some books about the U.S. Mint.

“He came home with one book about coins. It had one paragraph about the Mint. That’s all.”

Margo gave her a brief overview of the U.S. Mint during their phone conversation and promised to send some reading material right away. Our “project” was to select back issues of Coin World with information about the Mint and interviews with previous directors.

By the next afternoon, Margo had filled a big box. As we were beginning to tape the box shut, she picked up a copy of the 984-page 1978 edition of the Coin World Almanac and placed it at the top. “This should give her plenty to read,” Margo chuckled.

The almanac contained a full chapter on the history of the U.S. Mint as well as chapters on the Treasury Department, the Federal Reserve and the Bureau of Engraving and Printing.

The next task was getting the box to Parma, a suburb of Cleveland. Margo taped the label on the box and looked me straight in the eye. “She needs this tomorrow morning,” she said.

For a few seconds I had a sinking feeling that perhaps I was in for a long night. Cleveland is north of Sidney, about a four-hour drive.

“Just get this box to the Greyhound station before five,” Margo instructed. That was an easy assignment. The bus station was about 10 minutes from our office and on my route home.

The trusty Greyhound bus pulled into Parma at 7 the next morning and an anxious Donna Pope was there to greet it.

Next month: Would a bullet change numismatic history?