Coming to America: Art Deco makes its way across the Atlantic 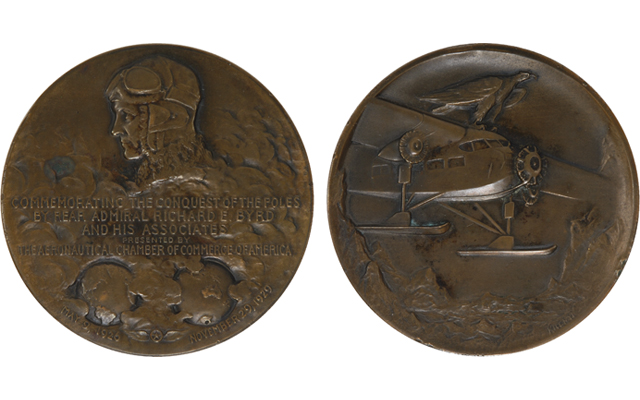 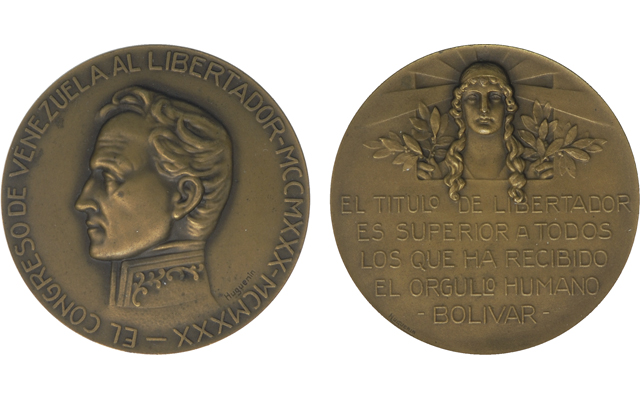 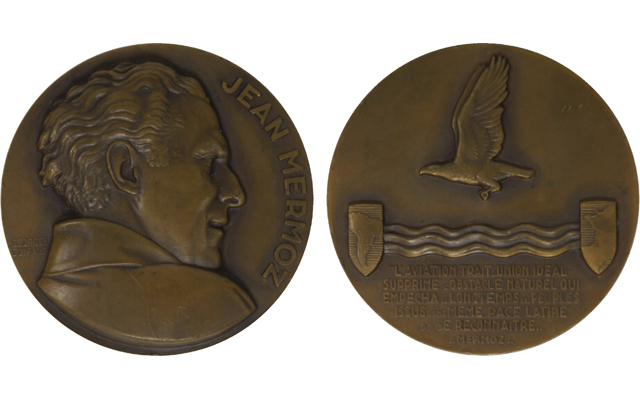 Medalist Georges Guiraud chose a massive bust and an eagle over the Atlantic to symbolize the life and loss of aviation pioneer Mermoz. 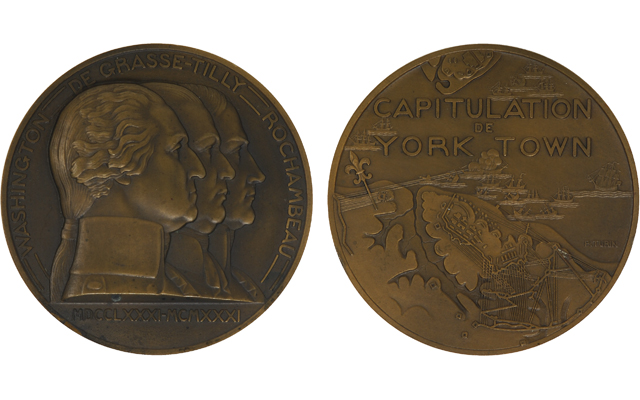 French and American participants in the siege of Yorktown that forced British surrender were George Washington, Adm. de Grasse and Gen. Rochambeau, portrayed by Pierre Turin in 1931.

Struck by Whitehead & Hoag of Newark, N.J., it bears a bust of Byrd in flying gear facing left on a sea of clouds, above world globes and a tiny U.S. Army Air Corps emblem. The reverse presents a Ford Trimotor airplane with ski landing gear coming in between icy peaks, an American eagle perched atop the cabin. The plane’s wings extend beyond the edge, the right appearing to merge with the ice at the rim.

Latin American medals include a 50-millimeter bronze Art Deco medal authorized by the Congress of Venezuela, struck by Huguenin Fréres in Switzerland for the 1930 Centennial of the death of South American hero Simon Bolívar. His uniformed bust faces left, while the reverse presents a distinctive radiant Liberty holding laurel branches above a Bolívar quote, “The Title of Liberator is Superior to all Others Bestowed by the Human Race.”

One of the most robust medallic portraits of a French aviator is Georges Guiraud’s 1930 head and shoulders bust of Jean Mermoz, on a 68.4-millimeter bronze medal struck by the private medallic firm of Arthus Bertrand. Its reverse depicts an eagle soaring over the Atlantic Ocean stylized as a narrow band of waves between shields bearing maps of France and South America.

Mermoz established air links connecting France and North and West Africa, successfully extending his aerial trail-blazing from West Africa to Brazil by a transoceanic flight in 1930. He disappeared at sea after voicing his disappointment at the flying qualities of the Latécoére 28 aircraft he had to pilot.

The complex reverse shows an aerial schematic view of the Yorktown peninsula charting the British positions, besiegers’ trenches, blockading French ships and the intense fields of fire between the attackers and defenders. Here are the Art Deco straight lines with a vengeance!