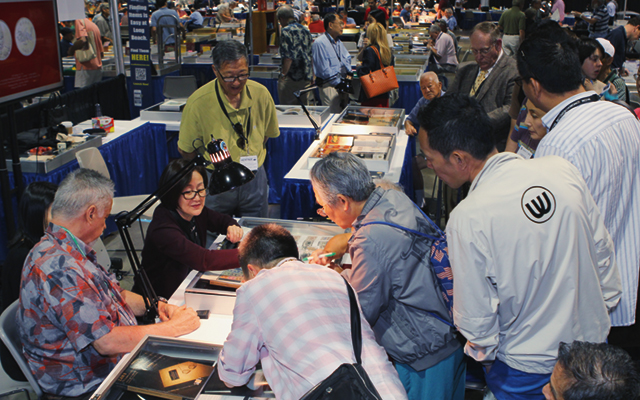 There was plenty for Chinese-coin collectors (as well as Chinese coin-collectors) to do at the Long Beach Coin, Currency, Stamp & Sports Collectible Expo earlier this month.

According to expo organizers, more than two dozen of the top rare coin experts from mainland China and Hong Kong attended the expo for the first time, and multiple educational seminars were held during the show about the Chinese coin market and grading Chinese coins.

Also among the notable Chinese attendees was Keqin Sun, author of the Standard Catalog of Chinese Modern Circulating Coins and owner of Coin001.com.

As the Chinese coin market matures and more numismatic research is published, Sun said, "I believe that soon, China will surpass the U.S. coin market.”

The response to the presence of the Chinese experts was enthusiastically positive from the dealers, collectors and public that brought their Chinese coins to the show for free appraisals, according to Long Beach Expo officials.

"The visit was a sign of the huge activity and soaring prices in the emerging Chinese coin market and emphasized the importance of having coins certified for authenticity and grade,” Long Beach Expo president Cassi East said. "The opportunity for collectors and the public to have their Chinese coins appraised by experts led to lines of visitors during the daily 'Meet The Expert' appraisal sessions.”

Heritage Auctions displayed more than $1 million of rare 19th century and early 20th century Chinese gold and silver coins that will be in a future auction.