Cinco de Mayo: There's a coin for that 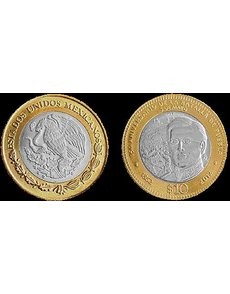 It has been two years since the Banco de México released a commemorative 10-peso coin celebrating the 150th anniversary of the Battle of Puebla, which took place on May 5, 1862, and inspired today’s ubiquitous Cinco de Mayo celebrations.

With another Cinco de Mayo upon us, Coin World takes a look back at Jeff Starck’s profile of the commemorative coin from Nov. 3, 2012:

Among the other numismatic collectibles celebrating Cinco de Mayo are modern 1-ounce silver rounds and several commemorative medals honor the Battle of Puebla.