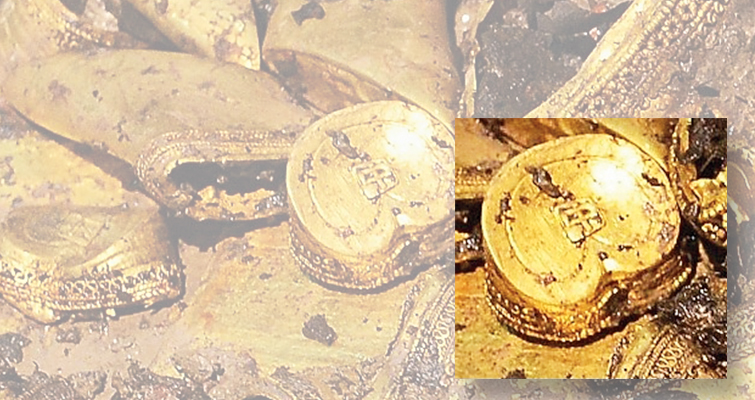 Hoof-shaped gold articles marked with Chinese characters are among the recently excavated items. 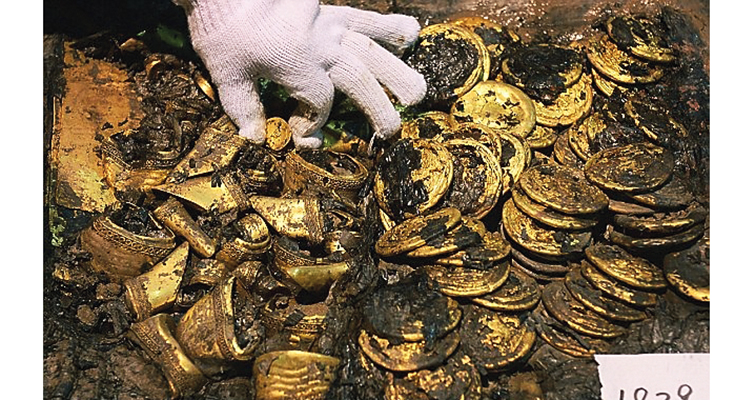 The royal tombs at Haihunhou cemetery in eastern China have yielded from recent excavations a quantity of ancient gold coins. 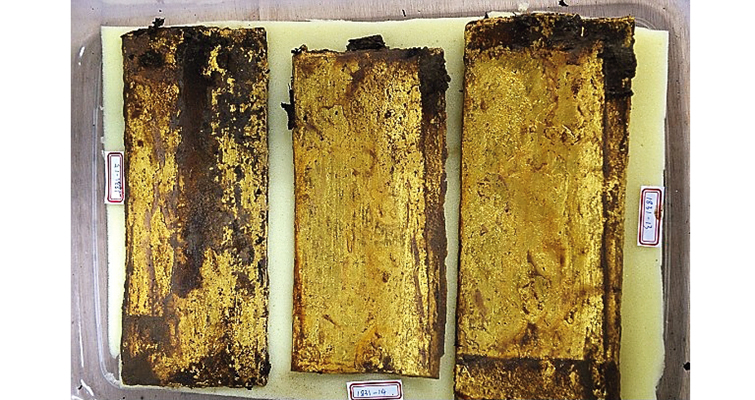 The archaeological excavations have also unearthed a number of thin gold sheets.

Archaeologists digging in the royal Haihunhou cemetery in Nanchang City in eastern China are reported to have unearthed considerable numbers of gold coins, gold sheets, gold ingots, and other relics from the Han Dynasty.

On Dec. 24, the head of the archaeological experts panel, Xin Lixiang, is reported in media interviews to have indicated the latest finds include an extensive discovery of gold coins.

The Dec. 24 excavation that included the discovery of 96 gold coins brought the total number of ancient gold coins unearthed at the cemetery to 285. That total number jumped to 378 when additional coins were discovered Dec. 25.

In addition to the gold coins found during the excavation, hoof-shaped gold ingots, jade pendants and 2,000-year-old goose-shaped bronze lamps are also reported. The Dec. 24 and 25 finds include 20 thin gold sheets measuring 22 centimeters by 10 centimeters by 0.3 centimeter.

The excavation site covers more than 43,000 square feet and is believed by researchers to be the tomb of Liu He. Liu He is reported to have been the first Haihunhou, or marquis of Haihun State, a small kingdom in the north Jiangxi Province.

News.Xinhuanet.com quotes Duan Qingbo, a professor at Northwest University, as stating that records indicate China had significant gold reserves during that period. Records of the Western Han Dynasty speak of a general being rewarded with more than 50,000 kilograms of gold and a prince leaving 100,000 kilograms of gold when he died, Qingbo is reported as saying.

The cemetery has been subjected to archaeological exploration since 2011. More than 10,000 items have been discovered during the multiple excavations, with 110 of the items recovered put on exhibition at the Jiangxi Provincial Museum in Nanchang. 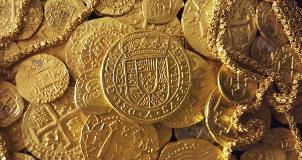