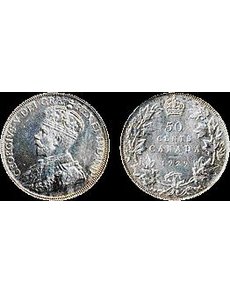 All but three lots from the nearly 190 lots offered from the Morris Norman Collection, an assemblage of medals, tokens and scrip relating specifically to the Hudson’s Bay Company and the Indian trade, were sold.

The auction was held at the Hilton Toronto Airport Hotel, directly across from Toronto’s Pearson International Airport, in conjunction with the Torex coin show.

The standard buyer’s fee is 15 percent, with an 18 percent fee charge for bids accepted through i-Collector.com. All prices here reflect the 15 percent buyer’s fee and all prices are in American funds.

A printed catalog is available for $20. A PDF version can be downloaded from www.moorecoins.com or viewed on i-Collector.com.

Canada, Hudson’s Bay Co., undated bronze Indian chief’s medal, 48 millimeters, by Conrad Kuchler, Gingras 100 (Medals, Tokens and Paper Money of the Hudson’s Bay Company by Larry Gingras), rust and the extension of a die break on the reverse indicate that the medal is “probably a slightly later issue,” Proof, “with a few light marks,” $1,362.

Canada, circa 2003 uniface plaster model for obverse of 2003 gold $100 coin, by Dora de Pedery-Hunt, 35 centimeters, obverse border not yet added, “acquired directly from the family,” “choice and flawless,” $869.