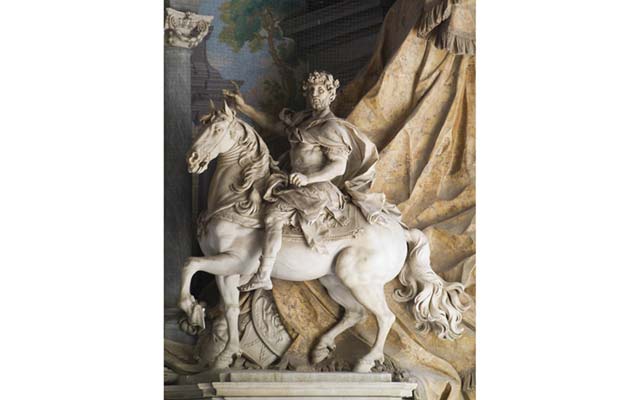 An equestrian statue of Charlemagne, created by Agostino Cornacchini, is found in St. Peter’s Basilica, in the Vatican, where Charlemagne was crowned Roman Emperor by Pope Leo III on Christmas Day in 800. 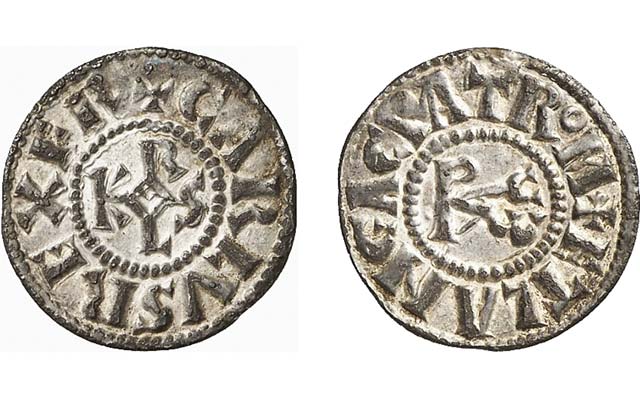 A silver denier of Charlemagne signifies his powerful unification of Europe and a coinage reform that had effects lasting until the 20th century. It is estimated to realize about $11,348 U.S.

Besides conquering and uniting Europe, Charlemagne instituted a monetary reform that was felt for several hundred years.

A highlight of Fritz Rudolph Künker’s June 23 to 25 auctions recalls the contribution to history of the king known as Charles the Great.

Charlemagne’s vast conquests of what is now Belgium, France, the Netherlands, Switzerland and large parts of Austria, Germany and Italy helped lay the foundation for the development of modern Europe.

A reassertion of coinage rights that began during the reign of Pepin the Short (751 to 768) included a consolidation of minting power and the removal of the names of moneyers from the coins. Every piece was soon identified with the king’s name or initial.

Pepin introduced the new denarius argentus, popularly called the denier, which became the basic unit of medieval European coinage. In 793 and 794, Charlemagne introduced a thinner and broader coin of the same denomination, increasing the weight by one-third, “probably as part of a general reform of weights and measures,” according to John Porteous in Coins in History.

Charlemagne’s coinage consisted wholly of deniers (aside from rare gold tremisses struck under the Lombards after their conquest).

If the reformed system sounds familiar, it’s because it survived into the 20th century.

According to Elvira and Vladimir Clain-Stefanelli, in The Beauty and Lore of Coins, Currency and Medals, “This relation of 12 smaller coins to one larger coin, and 20 of the larger coins to one still larger unit, survived in the west for more than a thousand years; it came to an end only when England decimalized its pence, shillings and pounds in the 1960s.”

A uniform design type of the denier, depicting a cross surrounded by the royal title on the obverse, and the Karolus (Charlemagne’s Latin name) monogram and mint name on the reverse, also came into being under the reform.

The example in the Künker auction was struck at an unknown Italian mint and features the monogram of Charlemagne in Greek letters on the reverse.