Celebrating the Year of the Tiger on three 2022 coins 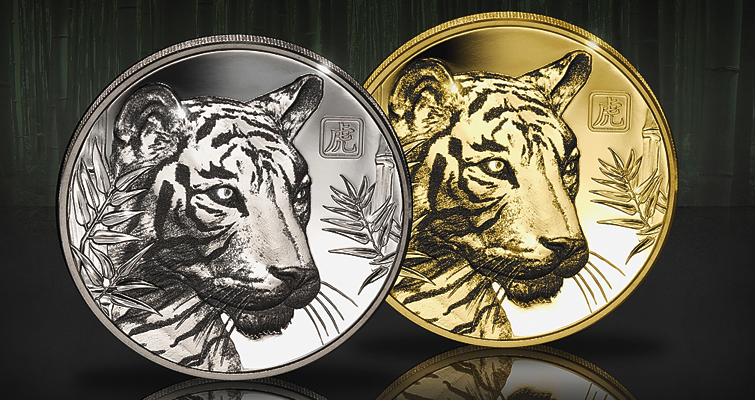 The Year of the Tiger on the Chinese lunar calendar officially begins Feb. 1, 2022, but three new coins from the Perth Mint and Talisman Coins start the celebration early.

All three of the coins depict the white tiger, which is not a separate subspecies, or even a separate sub-population of Siberian tigers. White tigers are simply tigers born with white fur, an extremely rare genetic mutation that occurs in about one of every 10,000 births.

The tiger (Panthera tigris) is one of the most intriguing, most beautiful, and, unfortunately, one of the most endangered great animals in the world, with estimates of fewer than 4,000 tigers remaining in the wild.

The tiger is also one of the two most auspicious animals on the Chinese lunar calendar (the other being the dragon).

Centuries ago, the Chinese invented a calendar based on the lunar (rather than the solar) cycle. There are 12 animals in the Chinese lunar zodiac, each corresponding in sequence to a year rather than a month.

According to Chinese tradition, they are said to be charismatic and fearsome, generous but unpredictable. They are often noted for their enthusiasm in life, and are unafraid of exploring new territory. They can also be aggressive, especially when they perceive a threat or are cornered.

Two coins from Niue and one coin from Tuvalu are among the many numismatic offerings marking the Year of the Tiger.

All three coins carry the Ian Rank-Broadley effigy of Queen Elizabeth II on the obverse.

Both coins from Niue share a design, except for denomination indications, and are colorized on the reverse.

The reverse of both of these coins shows a three-quarter portrait of a white tiger in its natural habitat. The Chinese character for “tiger” is enclosed in a cartouche.

The reverse has no legends, enhancing the beauty of its dramatic, close-up tiger portrait.

The no-legend reverse further enhances the beauty of this realistic white tiger vignette.

It has a mintage limit of 888 pieces and retails for $209.95 each, with quantity discounts available.

Each of the three coins is encapsulated, inside its own clamshell-style presentation case lined with black velvet and satin, protected by a full color outer cardboard box; each includes an individually-numbered certificate of authenticity.

To order, visit the Talisman Coins website at www.talismancoins.com. 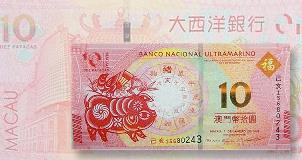 Macau banks celebrate Year of the Pig with two notes

2016 Year of the Monkey Coins Arriving 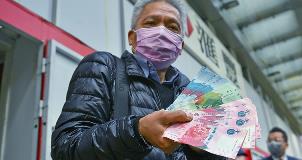 Pandemic lessens demand for Year of the Ox Lucky Money