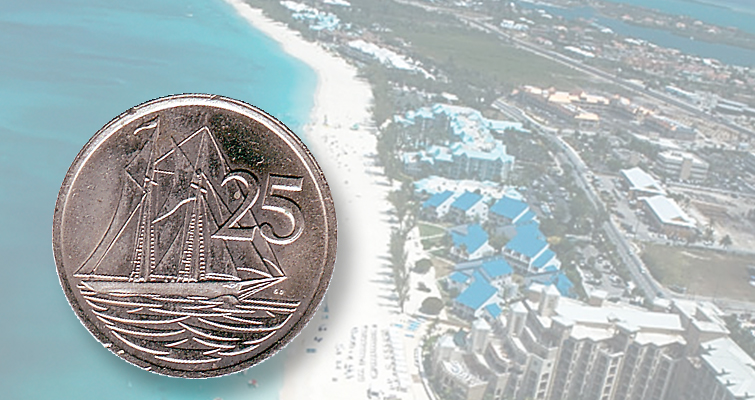 Students raised $12,000 in coins to show support of 8-year-old Hannah Meeson, who has brain cancer. The "Heroes for Hannah" fund supports childhood cancer research and was set up by the St. Baldrick’s Foundation, headquartered in Monrovia, Calif.

Students at Cayman Islands Prep and High School have impressively raised $12,000 on behalf of St. Baldrick’s Foundation, a U.S. nonprofit research organization. The fundraiser was inspired by 8-year-old Hannah Meeson, a Cayman Islands resident who was diagnosed with an aggressive type of brain cancer in 2012.

"The school’s student council voted to support the 'Heroes for Hannah' fund by organizing a coin-drop, in which students brought in extra loose change and held fundraisers, and classes competed to see which one could raise the most money."

The second auction from the Pogue Collection is over and the results are in. "Of the four coins to pass the $1 million mark, three were made of gold, including a 1798 Capped Bust, Small Eagle $5 half eagle that brought $1.175 million."

"The set is the fourth and final Coin and Chronicles set to be released in 2015. The Harry S. Truman set was released June 30, the Dwight D. Eisenhower set on Aug. 11, and the John F. Kennedy set on Sept. 16."

The set is similar to three previous Coin and Chronicles sets offered this year, two of which sold out in minutes. The household ordering limit is two sets, and the product is limited to an offer 25,000, increased from the originally announced 17,000 sets.

Check out the fourth and final set of this year's series