Canada to honor ‘Father of Confederation’ on circulating $2 coin 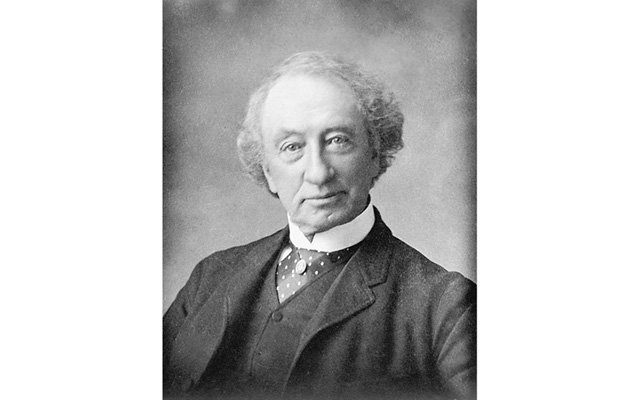 Sir John A. Macdonald, called the “Father of Confederation” in Canada, appears in a circa 1875 George Lancefield image, from Library and Archives Canada.

Sir John A. Macdonald currently appears on the $10 bank note issued by the Bank of Canada.

Canada’s Father of Confederation, Sir John A. Macdonald, is being honored on a 2015 circulating commemorative $2 coin.

The Canadian government consented to a Dec. 12 order-in-council (which was published Dec. 26) authorizing the coin, which is to be struck to the same specifications as other Canadian circulating $2 coins.

The design of the ringed-bimetallic issue has not been revealed, but the approval document suggests that the reverse will show a portrait of Macdonald against a map of Canada. His name will appear below, the dual dates of 1815 and 2015, and the artist's initals GG (apparently for Glen Green) also appear.

Security devices on the reverse include two virtual images of a maple leaf between two lines at the top of the coin and two lasermark maple leaves, each within a circle.

The Susanna Blunt effigy of Queen Elizabeth II appears on the obverse with standard inscriptions.

The coin will be struck and issued by the Royal Canadian Mint, which has not shared any details about the coin.

Macdonald is no stranger to circulation in Canada — he currently appears on the $10 bank note issued by the Bank of Canada.