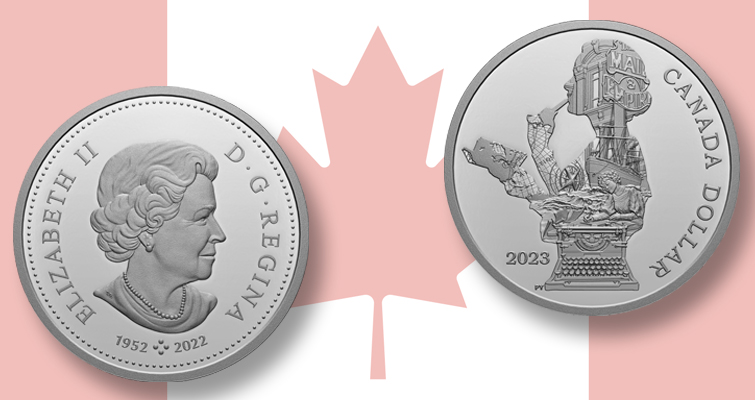 World mints are handling the death of Queen Elizabeth II,  and the transition to images of the new ruler, King Charles III, differently.

The Royal Canadian Mint’s first coin launch of 2023 is also the first with a “transitional effigy” as the RCM calls it, before the Mint adopts an official effigy of the new king.

Joining the Susanna Blunt effigy are the dates 1952 and 2022, below the bust on the silver coin, separated by four pearls symbolizing the four effigies that graced Canadian coins throughout her reign. The added inscription will appear on 2023 collector and bullion coins until a new permanent obverse is adopted for Canadian coins.

The first coins to feature this transitional effigy include the annual Proof 2023 .9999 fine silver dollar, which in 2023 celebrates the inspiring life of Canada’s first woman journalist, Kathleen “Kit” Coleman.

Born in County Galway, Ireland, and emigrating to Canada in 1884, Coleman first joined the Toronto Daily Mail as a women’s editor and later became North America’s first accredited woman war correspondent, gaining international fame for her coverage of the aftermath of the Spanish-American War.

She also helped establish the Canadian Women’s Press Club, and served as its first president.

According to the RCM, “Her fascinating journey is told through the artistry of Pandora Young, who used Kit’s silhouette as the canvas upon which the main chapters of her life are richly illustrated on the reverse of the coin.”

The Proof dollar is available singly or included in the 2023 Special Edition Proof set, and a selectively gold-plated version is offered in the 2023 Fine Silver Proof Dollar set.

In addition, artist Young fashioned another portrait of the pioneering journalist for a Proof 2023 gold $100 coin. Its reverse features Coleman writing at her desk. Behind her, a map shows North America and Europe with dotted lines retracing her epic travels across both continents. 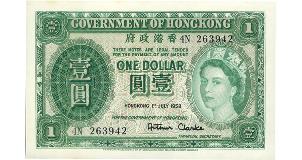 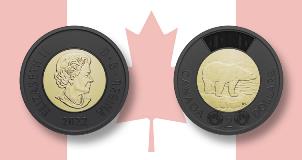 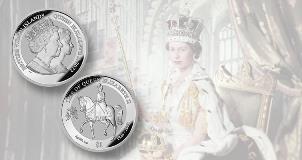